It’s Christmas All Over With The Goo Goo Dolls 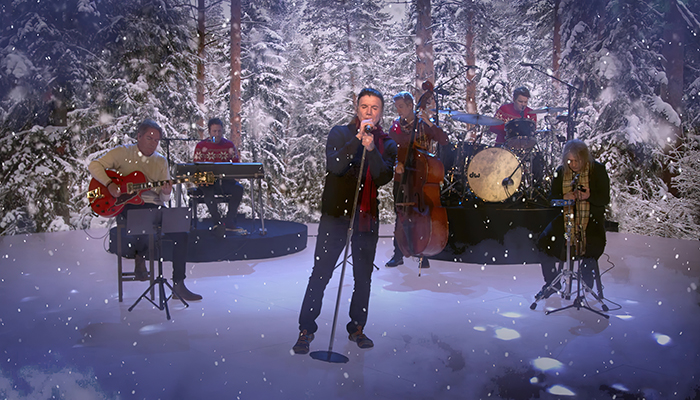 Celebrate Christmas with an immersive augmented reality musical from the Goo Goo Dolls. Captivating 3D technology and eye-catching visual effects add extra flair to the performances, with wintery forests, swirling snowflakes, and sparkling fireworks seamlessly incorporated into the live performances, along with surprise vintage footage featuring cameo appearances from Frank Sinatra and Marilyn Monroe. The band performs holiday standards – including renditions of ’Have Yourself A Merry Little Christmas’ and ‘Let It Snow’ – as well as original songs such as ‘This Is Christmas’, while heart-warming narrative interstitials connect each performances and highlight the meaning of the holiday season.