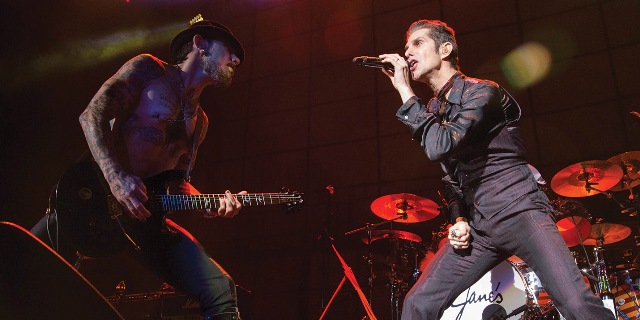 One of the most ground breaking rock bands of the ’90s, Jane’s Addiction, celebrates the 25th anniversary of their seminal album ‘Ritual de Lo Habitual’ with a blockbuster live performance of the album in its entirety, plus additional favourites as encores. Recorded at the Irvine Meadows Amphitheatre, this show reunites its founding members Perry Farrell, Dave Navarro, and Stephen Perkins, as well as bassist Chris Chaney to celebrate the band’s milestone.