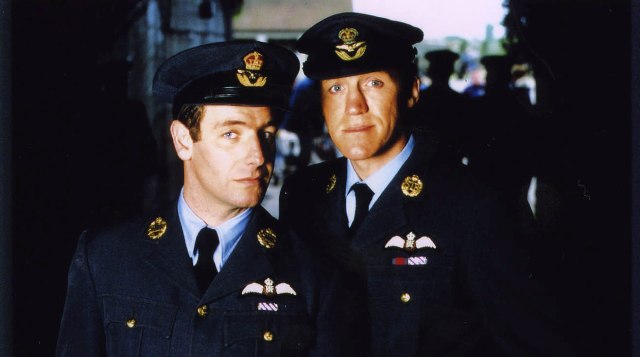 It’s 1940 and RAF hero Eddie Wallis has been invalided out of the forces following a disastrous yet heroic attempt to land a crippled bomber. Devastated at having to leave, he takes a train to London and meets the gorgeous Dolly Nightingale.  Eric Trapp looks after number one, runs a private detective agency, and plays double-bass in the Ray Smiles Big Band. When Eddie joins up with Eric, the pair get caught up in a conflict with a London gang boss and instead of fighting in the real war, the two become engaged in a private battle. At the same time, lovelorn Eddie is desperately trying to win the heart of Dolly, and music and misadventures aplenty ensue.