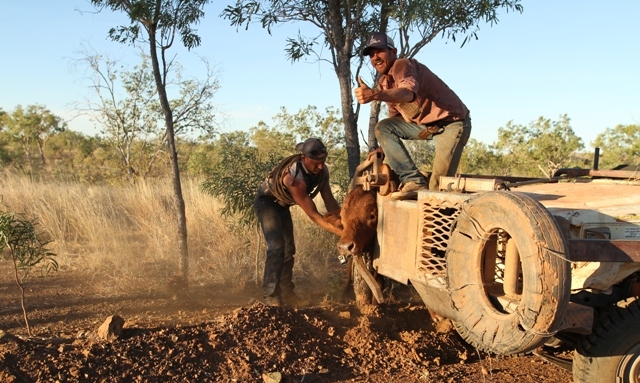 Every year, during Australia’s dry season, a handful of brave men and women make a living catching feral bulls and buffalo. One of the most dangerous jobs on earth, it’s high-risk, high-reward work, with a hell of a lot of deal-making. It all starts in the air, as the bull catchers fly choppers over the Outback searching for feral bulls and buffalo. Then a deal is struck with the landowner: in exchange for access to land, bull catchers share the profits they make from selling the bulls in the cattle market. This is a place like nowhere else on earth, and welcomes you to a world you’ve never seen before – the world of Australia’s Outback Bull Catchers.