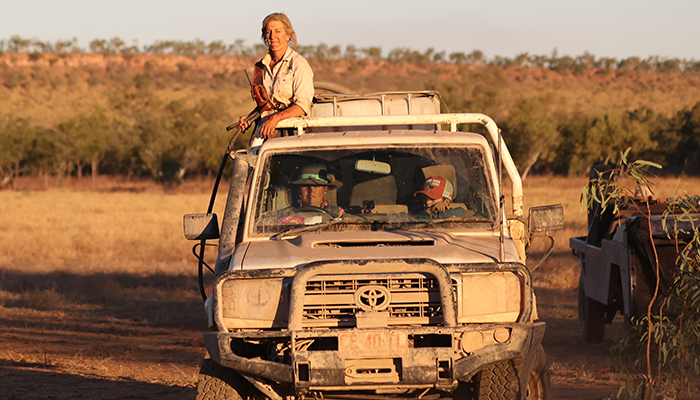 Australia’s wild bull catchers are back in the toughest TV series on the planet. This season, cattle king and dealmaker Kurt Hammer is joined by his sons, Kody and Jesse, and Clarry Shadforth is still trying to strike it rich in the remote outback, alongside teenage son Francis. Meanwhile, Liz and Willie Cook, who cleared their $300k debt in the first series, have raised the stakes – they’re now $1.5million in debt! Cattle prices are skyrocketing, but only the brave and the foolhardy want to catch feral bulls and buffalo live: while it’s a potential gold mine for experts, it’s a death wish for amateurs. Big bulls, buggies, and 45 degree heat, hundreds of miles from any hospital – all in the hope of a monster payday. Welcome back to the farthest corners of the outback, and the wild world of Aussie Bull Catchers.