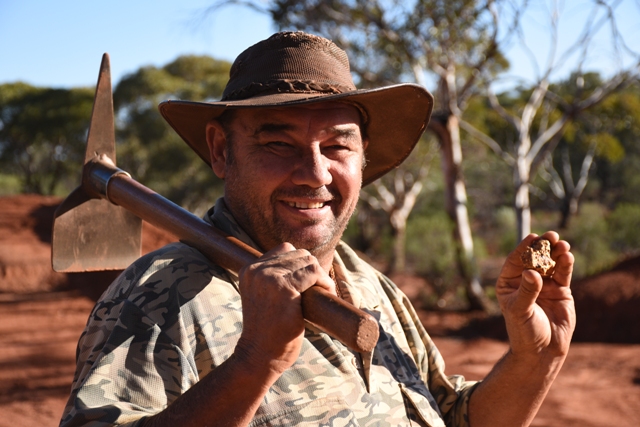 The fearless treasure hunters are back for their biggest season ever, and this year, the contest has gone to bold new heights. With new crews, new leases, unexpected equipment failures and dangerous confrontations with poachers, the risks are higher than ever. Returning crew The Dirt Dogs set a massive million-dollar target but are devastated when their business partner quits, leaving a huge hole within the team. Husband & wife battlers the Gold Gypsies are also back and eager to prove they can shake the demons of the past two seasons. Solo prospector Rick Fishers and veterans Ted and Lecky Mahoney return with their daughter Tyler, to scour the landscape in search of that mother lode of gold. Meanwhile, gold-mad Brit, Alex Stead, has travelled over 15,000 kilometres from England, to create a rookie team of miners called The Scrappers but will their homemade gold processing machine come anywhere close to pulling up any gold? As gold fever goes to an intense new level, will their big gambles deliver a bigger payday?