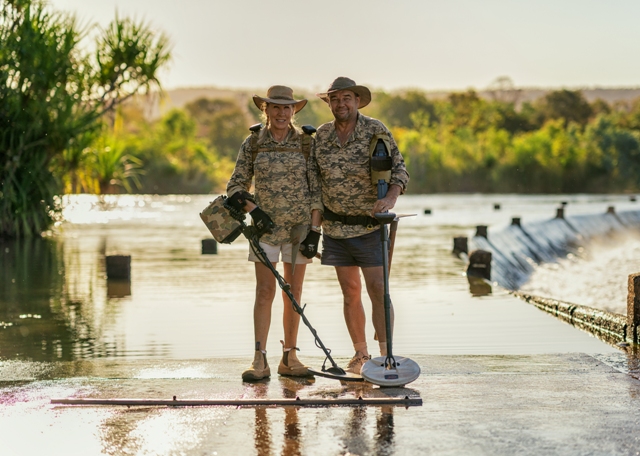 In the fifth series of Aussie Gold Hunters, the hunt explodes as the largest number of Aussie Gold Hunters ever assembled takes on the ultimate quest. Three new teams of rookie detectorists, a new larger-scale mining team and a second team from the state of Victoria, all join the hunt making it even harder for the competition. The price of gold has hit record highs, bringing bigger paydays and a rush of gold hungry hunters desperate to strike it rich. With recent news of big gold nuggets being uncovered across Australia, the teams are in search of a life-changing payday in the greatest gold rush on earth.