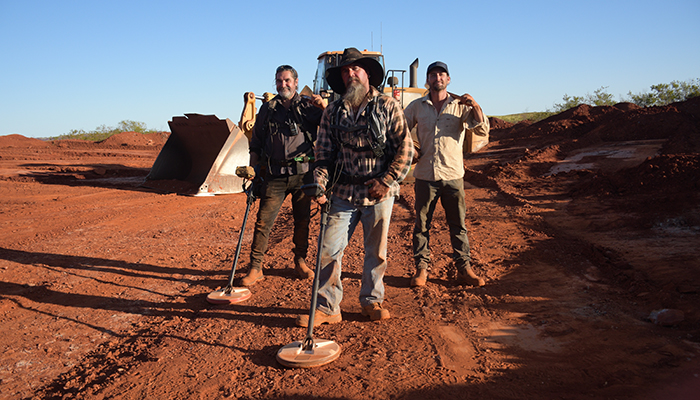 Along with record fuel costs, record temperatures and a record-breaking gold price, this season sets another benchmark. The Gold Devils, confidently helmed by team leaders Melanie Wood and Paul Mackie have set their sights on a staggering $2.6 million dollar target. That’s right, these gold legends are going for 1,000 ounces.  But it’s not just Mel and Paul who will be reaching new heights. Each of our tough, resilient, outback teams will be upping the ante, bringing in new blood and making the big moves necessary to bag that motherlode. Whether it’s doubling their gold target like Jacqui and Andrew, doing million dollar deals like Shane Caligari or building a whole new team like The Ferals 2.0, this season of Aussie Gold Hunters will be bigger, bolder and deliver more gold than ever!