A Portocabo & SPi Coproduction with the participation of TVG & RTP 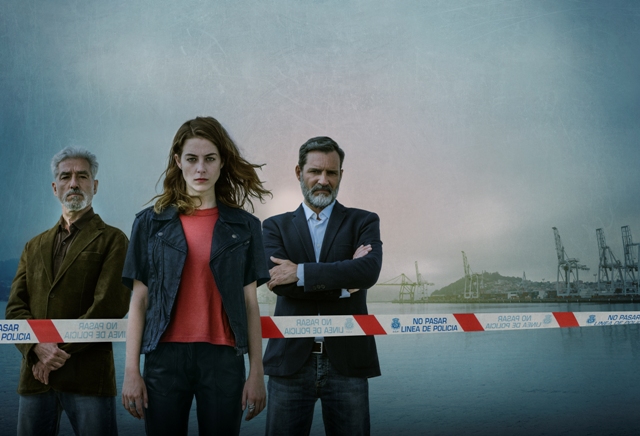 Paulo Duarte is found dead from a gunshot wound in the port of Vigo. Nobody is convinced by the apparent suicide; neither his bosses, nor the police nor his sister, Teresa.

Teresa knows her brother had no reason to give up on life and, as she begins to investigate his death, she becomes even more convinced. Impatient for answers, she decides to move from Lisbon to Vigo and accept a job in the company her brother was working in.

The Police, lead by Inspector Viñas, also suspect it’s a murder case. Too many details stand out, like the gun found at the crime scene which, according to records, was related to an assault in Portugal and destroyed.

This will be the first lead of a case which will soon escalate, uncovering an arms trafficking network operating between Europe and Africa.

Mauro Galdón, one of the most influential people in Vigo is part of it; a successful businessman along with his wife, a renowned philanthropist. He’s the CEO of Galdón Group; among his enterprises is the shipping company in which Paulo was working. Mauro is also Teresa’s godfather and a good family friend, the reason why he employed Paulo.

Their paths are about to collide, but none of them are yet aware of how hard it will hit them.