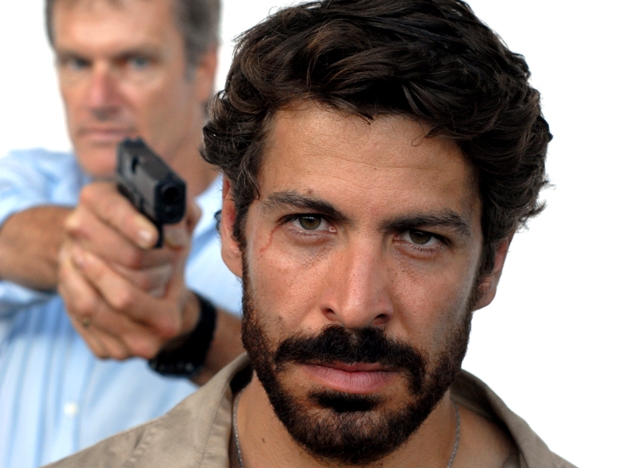 This critically acclaimed and award-winning drama series centres on Zane Malik – a brilliant detective whose ability to connect with people helps him solve crimes. Ambitious and driven, he has confidence, strength and intelligence. Malik is an Arab and proud of it, but as a Muslim detective in a post 9/11 world where just to be an Arab, is to arouse suspicion and fear, Malik feels under pressure to prove himself, over and over.

Senior Detective Crowley was a detective of the old school, where rules and regulations played a poor second to getting a result. Crowley is a man at odds with the times. Not just the times, Crowley’s at odds with everything and everyone, even himself. If he’s at war with anyone, it’s Zane Malik.

Malik is driven by a hunger for justice. He was twelve and at the till, when a masked gunman held up the family shop. Malik refused to hand over the money. His father was shot and brain injured. Since he joined the Force, Malik has been looking for the shadowy figure who pulled the trigger.

When he finally finds him, Malik’s belief in the justice system is challenged by a powerful desire for revenge. As he hunts down the truth it is revealed that Crowley had a part to play in the original investigation. But will Crowley help or hinder Malik in his quest? He is a man whose vision has been blighted by pain and prejudice.

Crowley’s son, Paul, was found dead of a drug overdose sold to him by a Lebanese dealer. When the drug dealer, who sold Paul the heroin, is found murdered, Internal Affairs come asking questions. Looking for answers. Not just from Crowley. Malik also. He was involved in the case.

Crowley is at the mercy of Malik. Will Malik end his career? What will Crowley do to stop him?