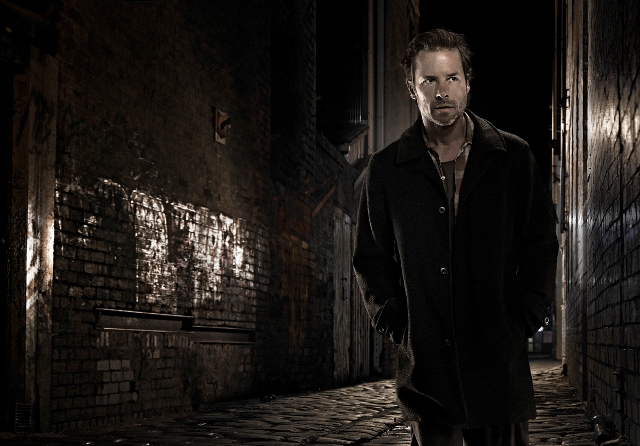 A phone message from an ex-client, Danny McKillop, sends Jack Irish searching through old case files, and dredging up bleak memories. Jack wasn’t at the top of his game when he represented Danny ten years earlier, devastated by scotch on the rocks and the murder of his wife, Isabel. Bottom line – Danny did five years for manslaughter. And he might have been set up. So when Danny turns up dead, Jack feels like he’s failed twice over. Keen to set the ledger straight, Jack starts investigating Danny’s death, connecting it to dodgy cops, drug dealers, a slimy priest, and a blackmailing pornographer. The cold case turns warm when Jack meets Linda Hillier, a smart, sexy investigative journalist. Together, they uncover a high-profile conspiracy before all hell breaks loose, forcing them to flee to the countryside; there, hidden in a holiday shack, is explosive evidence that could bring down the state government. But they’re not the only ones who know where it is, and retrieving it is going to prove deadly for someone.

Life’s gone pear-shaped for Jack Irish, and he’s back to takeaway Chinese for one after his girlfriend, Linda, abandons him for a TV career in Sydney. So when Des Connor, an old team-mate of his dad, turns up looking for help, it’s a welcome distraction for Jack. Des’s son, Gary, has gone missing… with all Des’s money. Sometimes prodigal sons go AWOL for a reason. As Jack begins to dig deeper, he discovers Gary was a man with something to hide, and a very good reason to disappear – or be disappeared. Finding Gary turns nasty when Jack pushes the wrong buttons at the headquarters of a transport company owned by one of Australia’s wealthiest men. Suddenly, a number of people are taking an interest in Jack’s quest, including Dave – an obsessive Federal Agent, and head of a clandestine operation called Black Tide. It turns out Gary is a witness who could bring down an entire business empire. With the body count rising, the race to find him becomes a lethal sprint to Tasmania. First prize: staying alive.

When Jack Irish is commissioned by a high-profile judge, Justice Loder, to locate a mysterious red book, he’s thrown into a world of club owners, drug dealers, and unhinged killers. Anyone who touches the red book turns up dead. Jack should follow his instinct and back away – if only the judge wasn’t family. Meanwhile, Harry Strang is having a racing world crisis. To restore his faith in the sport of kings, Jack and Cam must hunt down a meth-fuelled thug and teach him some racing ‘etiquette’. To complicate matters further, Jack’s ex, Linda, is back in Melbourne. Luckily for Jack, some things never change. The old guys at the Prince of Prussia haven’t shifted off their bar stools, and continue to ramble on about the Fitzroy Football Club. Detective Barry Tregear is still there for him too, leaking confidential police information, as well as providing unsolicited advice on love, marriage and dieting. As Jack’s personal and professional lives entwine, he finds himself chasing the red book in a dangerous race to a remote coastal property with an ominous name: Dead Point.