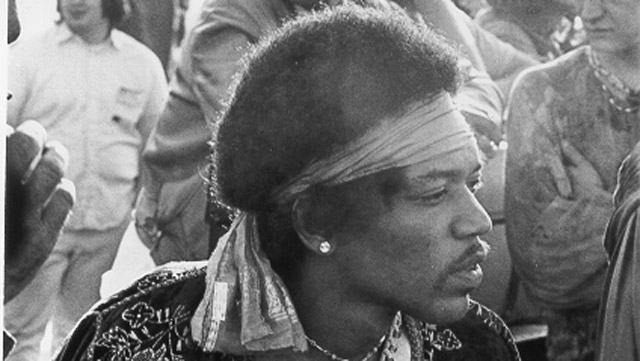 Jimi Hendrix: Voodoo Child is an autobiographical journey that reveals the man as never before.The film uses the guitarist’s own words to tell the story of Jimi’s remarkable life. It traces his roots from his hardscrabble Seattle upbringing to his stint as a US Army Paratrooper as a member of the 101st Airborne Division in Fort Campbell, Kentucky. This film – filled with never before seen photographs and film footage from the Hendrix family archive – features Jimi’s own account of his journey as a non-descript sideman to R&B stars such as Little Richard on the famed ‘Chitlin’ Circuit to his decision to move from Nashville to New York in search of a dream. It also contains a soundtrack that includes such legendary Hendrix songs as ‘Purple Haze’, ‘Hey Joe’, ‘Fire’, ‘Voodoo Child’, together with never before heard live performances, studio recordings and demos – including some of the final songs Hendrix was writing and recording just before his untimely death in September 1970.