An Acme Films Production for Channel 4 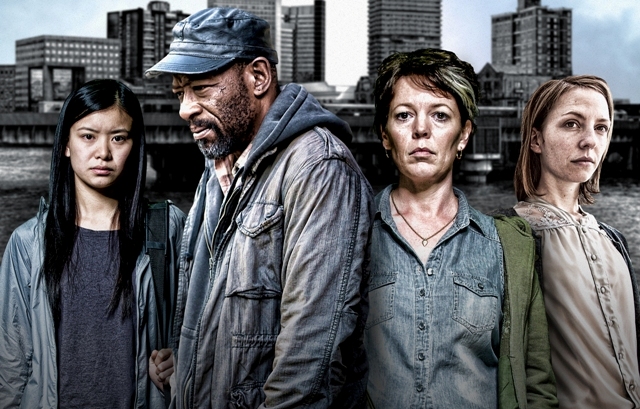 Painting a compelling picture of modern-day life, Run weaves together the stories of four seemingly unconnected people facing life-changing decisions in a world where every choice is a luxury.

When her teenage sons accidentally kill a stranger, tough single mother Carol faces the impossible choice between doing the right thing and protecting her children.

Ying is an illegal immigrant who sells pirate DVDs and stolen phones around Brixton; when an immigration raid leaves her with no friends, no home, and no money, she finds her only refuge in Jamal, the owner of one of the barbershops she sells her DVDs at.

Richard is a recovering heroin addict who spends every day struggling to stay clean, the possibility of re-establishing contact with his teenage daughter the only thing that spurs him on.

Finally, when her boyfriend – a cheating gambling addict – is killed, Kasia, a young polish woman, finds herself in grave danger.

Olivia Colman as CAROL (Broadchurch, The Favourite, The Crown)

Lennie James as RICHARD (Save Me, The Walking Dead, Line Of Duty)