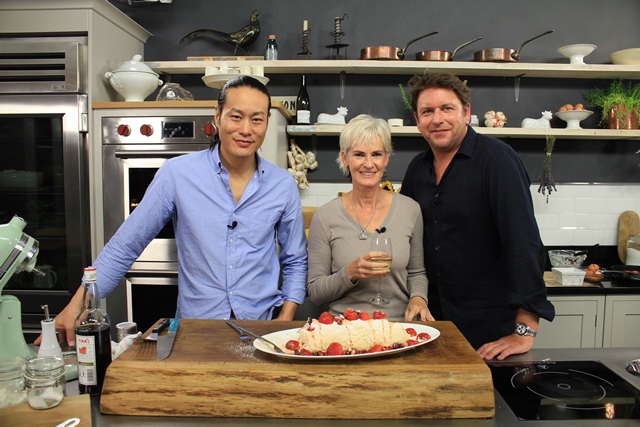 This Weekend Show sees the hugely popular chef returning to Saturday mornings, with a show from his very own home. The series reflects James’s love of hearty food as well as some of his other passions…the great outdoors, his beloved dogs and, of course, fast cars.  Each week he welcomes guests into his kitchen and his garden, where they make the most of his BBQ and pizza oven.  And in a culinary first, each episode has an exciting twist, which sees James attempting to create a dish in the most difficult of circumstances…