A Bl!nder Films Production for RTÃ‰ with financing from BAI and Acorn Media Enterprises 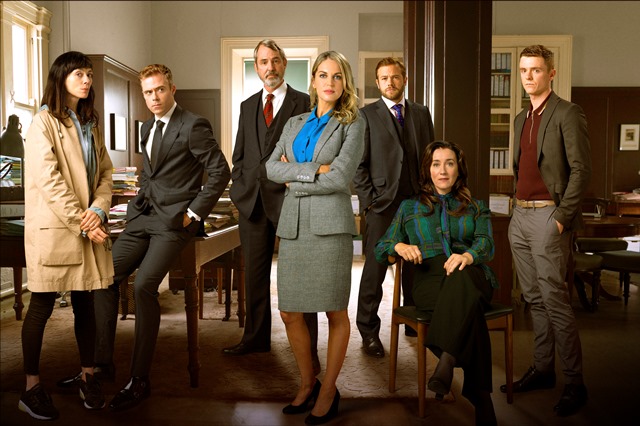 In Series 2 Tara strikes back. Confidently now her own boss, morally challenging scenarios will push Tara and her team in their personal and professional lives. Tara and Eric’s complex relationship remains centre stage, and the arrival of Eric’s brother Sam brings added tension and intrigue. Eric will face tough personal and professional choices in this series as he investigates the increasingly dubious actions of his father, Richard Dunbar. Tara finds herself sharing an office space with the formidable George, a criminal lawyer with a sharp mind and even sharper tongue. Her parents’ marriage faces new challenges as her mother Irene comes into her own and her father, Conrad, emerges as a complex and powerful figure. Ray seizes new opportunities by starting legal studies, but faces personal challenges as he struggles to find a balance between his old life and the new path he’s trying to forge for himself. Meg’s betrayal at the end of series one leaves her in a game of cat and mouse with Tara, and facing a moral dilemma as she’s stuck in the middle of two opposing worlds. Vincent wrestles with personal and private demons while heading a public Inquiry that threatens to implicate the upper echelons of the Irish political and social elite – the repercussions of which will collide Tara’s personal and professional lives even further.

Fiona O’Shaughnessy as MEG RILEY (My Mother & Other Strangers, Utopia, The Musketeers)