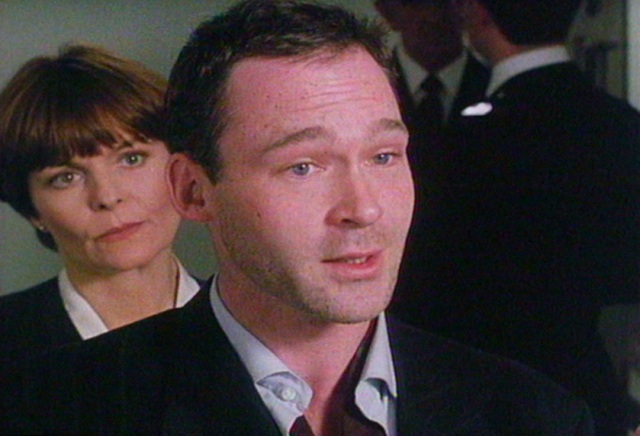 Set in Edinburgh, the series contrasts the high-powered and respectable world of the lawyers and advocates of the Scottish legal profession, with the sleazy and deadly existence of the city’s pimps, prostitutes and drug addicts.

When a young prostitute is murdered by a deadly drug overdose, only Doctor Joe Sangster, who has been treating her at the local health clinic, suspects foul play. In the growing climate of fear over drugs and Aids in the city, his clinic faces closure due to a local campaign. Sangster turns to Greg McDowell for help, and the young lawyer sees the chance to make a name for himself.

In the second series, McDowell is hired by a man accused of murdering his own wife. He begins to suspect she may have been the victim of a serial killer, and his investigation soon puts his own girlfriend, Sarah, in danger.

Robert Carlyle as DC MURRAY (Cobra, The War Of The Worlds, T2 Trainspotting)

Michael Kitchen as JAMES MCCANDISH (Out Of Africa, Foyles War, The Collection)