The Blitz: Britain On Fire 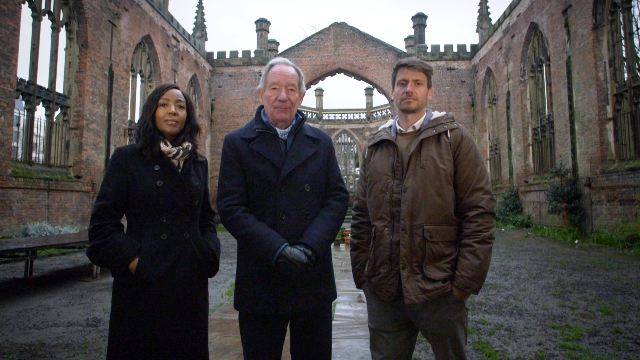 Presented by Michael Buerk, Angellica Bell and Rob Bell, this series focuses on eight critical days in May 1941, when Britain, and Liverpool in particular, was subjected to one of the most intense bombardments of the Blitz. Using eyewitness accounts and interviews with relatives, this series tells the remarkable stories of some of the very different people who were caught up in the bombing, following them hour by hour, day by day.  Viewers will discover what happened to each of them – how some survived, often against the odds, but how others were not so lucky.