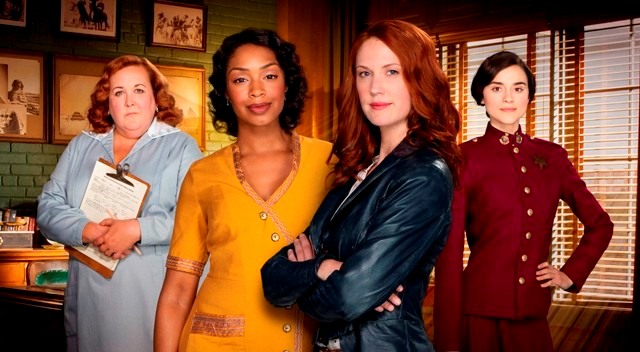 Series 2 of Frankie Drake Mysteries delivers a slate of new adventures as the ladies of Drake Private Detectives take on more challenging cases and face off against some impressive foes. The team is great at what they do, but things are made more complicated for them this season with the arrival of Detective Tom Greyson. Transferred to Mary’s Station House from Hamilton, the quietly handsome Greyson is more than a little wary of the red-headed female PI he keeps running into at crime scenes. He and Frankie play a slow burn game of cat and mouse, growing closer as the season progresses – but do either of them want the complications that being more than friends would invite?