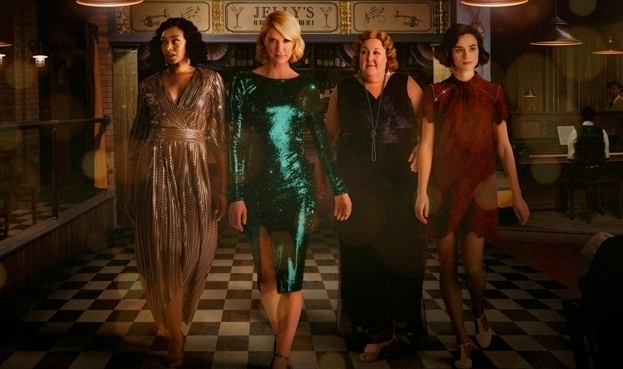 Series 4 of Frankie Drake Mysteries delivers a slate of new adventures as the ladies of Drake Private Detectives take on more challenging cases, and face off against some impressive foes. Frankie starts the series as the girl who has it all. The business is doing well, and she’s seeing a glamorous new man – but is also attracted to a local carpenter. Her mother, Nora, remains a thorn in her side, while her brother, Jack, soon arrives to reveal some shocking news: their father might still be alive. However, with mysteries involving daring heists, an abducted prince, and a murdered athletics coach, there’s little time for Frankie to dwell on her love life or family matters!

Shaftesbury and the renowned Toronto Symphony Orchestra (TSO) have come together to produce a one hour live musical special. Frankie Drake Mysteries: Music at Midnight features performances by stars Chantel Riley and Sharron Matthews with the TSO, and is conducted by the composer of the series Rob Carli.