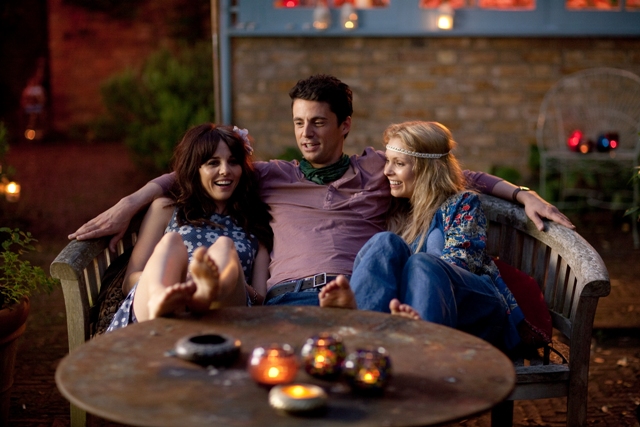 Karen Clarke has spent twelve years waiting for her partner Rex to be released from prison. Now he is free, she is looking forward to settling down to normal family life in their remote seaside cottage with their 11 year old daughter Alice. Until Karen starts to receive silent phone calls and anonymous text messages that reveal someone, somewhere, knows the truth about what she and Rex did.

Flash backs to when Karen was a student and first met Rex and his impossibly glamorous sister Biba, gradually reveal Karen, Rex and Biba’s shared history that culminates in the tragic events that left two people dead. As the threat to Karen draws ever nearer, gradually the pieces of the puzzle fall into place, and the truth of what happened that fateful day emerges. But it seems that Karen is concealing deeper, darker secrets than even Rex realises. If he wasn’t guilty of murder, then who was? And how far will Karen go to protect the family that she has sacrificed so much for?

MyAnna Buring as KAREN CLARKE (The responder, The Witcher, The Salisbury Poisonings)

Matthew Goode as REX CLARKE (A Discovery Of Witches, Ordeal By Innocence, The Crown)