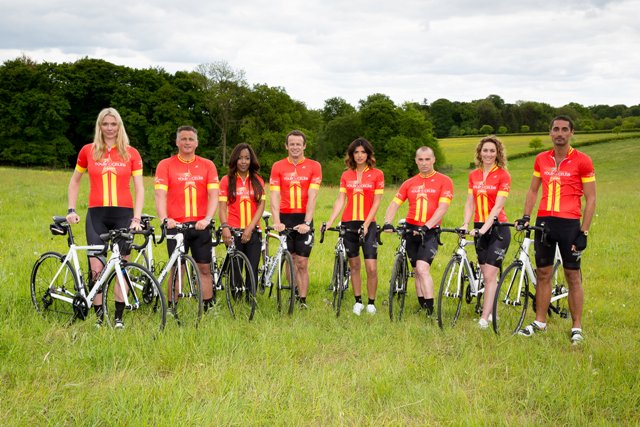 In the toughest show on television, Tour de Celeb sees eight celebrities undertake a mental and physical journey like no other.  They have just 8 weeks preparation before taking part in one of the toughest races on earth; the legendary L’Étape du Tour [literally, a stage of the Tour].   For one day only, the world’s best amateur cyclists have a chance to test themselves on the hardest, most mountainous stage of the most famous bike race on earth: the Tour de France.  122 km of tortuous climbs and hair-raising descents through Europe’s highest mountains, the course is exactly the same as the one the professionals themselves ride.  This year, some of Britain’s best-loved sports stars, Darren Gough, Austin Healey and Amy Williams, together with top entertainment and TV talent, Louie Spence, Jodie Kidd, Lucy Mecklenburgh, Hugo Taylor and Angellica Bell, will take on this momentous challenge, even though some of them have never even been on a bike before. They’ll be testing themselves to the very limits of the mental and physical endurance and beyond, as they go head-to-head for the right to be crowned Tour de Celeb Champion, 2016.