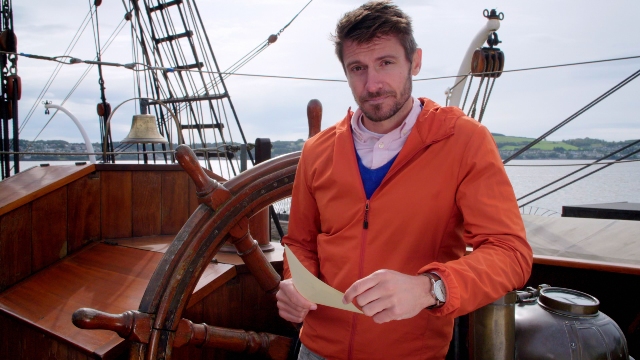 Rob Bell reveals the history behind the ships that changed the world. In this series, Rob uncovers their deepest secrets – solving mysteries such as why a Whitby collier, HMS Endeavour, was chosen for Captain Cook’s epic journey to Australia or why the Royal Navy abandoned the pride of the WWII fleet- the Ark Royal. Rob helps renovate a replica of the Mayflower as it’s prepared for the 400th anniversary of the Pilgrim’s arrival in America and will investigate the construction and sinking of the Titanic. He’ll find out how the Queen Mary, the world’s fastest ocean liner, won her title and will visit the world’s first research science ship, Discovery, the vessel that first took Scott and Shackleton to the Antarctic.