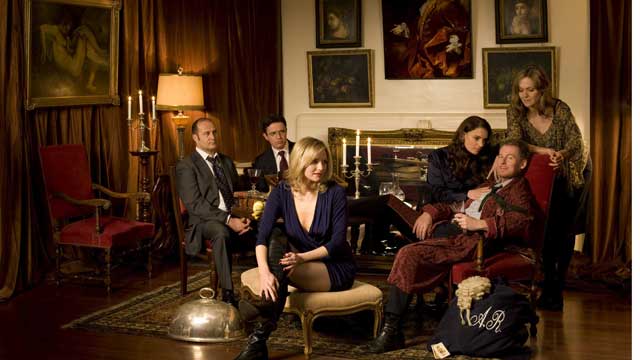 Rake (8 x 55′) – a new 8-part series to be produced by Essential Media & Entertainment who have already secured Richard Roxburgh in the star role of Cleaver Greene. Richard has an international reputation following key roles in numerous films including Moulin Rouge and Mission Impossible II. The series is an ABC Australia Commission due to for delivery in autumn 2010.

Sisters of War (1 x 90′) – an epic WWII movie to be produced by Pericles Films principal Andrew Wiseman. Andrew won a prestigious Logie Award for Most Outstanding Drama for his recent telemovie for ABC, Curtin. Sisters of War will be directed by Brendan Maher. Maher is a prolific director whose credits include The Road from Coorain starring Juliet Stevenson, episodes of BBC One’s hit dramas Spooks and Silent Witness. Most recently, Brendan has completed production on the highly anticipated ITV series Identity starring Keeley Hawes (Spooks, Ashes to Ashes) and Jenny Seagrove (Judge John Deed). The primetime film was commissioned by ABC Australia and is due for delivery in autumn 2010.

DCD Rights will launch these new dramas in 2010.

Nicky Davies Williams, CEO of DCD Rights said: “We are delighted to have taken on board two large scale dramas that add significantly to our growing catalogue of high quality drama. The deals strengthen DCD Rights’s reputation as a partner of choice combining market intelligence and privileged access to funding for major content producers around the world”.