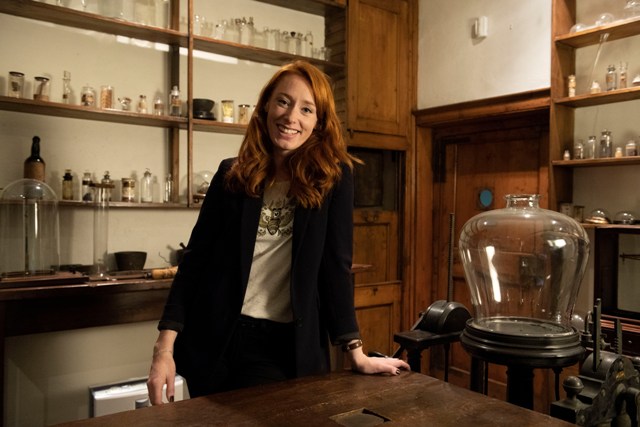 Leading UK-based distributor DCD Rights has renewed its multi-year output deal to distribute the prestigious factual content from The Open University, it was announced today by Nicky Davies Williams, CEO.  In this, The Open University’s 50th anniversary year, the agreement gives DCD Rights worldwide rights to 160 hours of diverse and engaging factual programming.

Now 50 years since it was founded The Open University, together with the BBC, has pioneered learning through television and radio and has since produced landmark programming, from Blue Planet to Child of our Time, and Civilisations to Stargazing Live, that has captivated generations of viewers.

The new multi-year deal with DCD Rights gives the distributor access to a stellar line-up of programming introduced by many of today’s most respected world experts including Windfall Films Production, Magic Numbers: Hannah Fry’s Mysterious World Of Maths presented by Dr Hannah Fry.  BBC produced Empire Of The Tsars: Romanov Russia With Lucy Worsley travelling in the footsteps of the Romanovs, engaging historian Lucy Worsley introduces a roll call of extraordinary characters including: Peter the Great, Catherine the Great, and the last tsar, Nicholas II.  The BBC Open University Partnership, Genius Of The Ancient World, sees leading historian Bettany Hughes travel to India, Greece and China on the trail of three giants of ancient philosophy: Buddha, Socrates and Confucius.

Nicky Davies Williams, CEO at DCD Rights said, “The Open University’s entertaining and inspiring factual programming provides a world of discovery for wide audiences around the globe. The OU’s pedigree speaks for itself.  Fifty years of pioneering new approaches to education, benefitting many generations, is really something to be celebrated and we are thrilled to continue this partnership and to play our part in ensuring these programmes are distributed across the diverse schedules of global channels and OTT platforms.”

Caroline Ogilvie, Head of Broadcast and Partnerships at Open University added, “Our strong relationship with DCD Rights is testament to the rigorous and considered approach the DCD team applies to OU’s catalogue of factual programming. Over the years they have secured international exposure for the full range of OU’s content, including series and specials across a wide spectrum of topics, from history to business to science and sport.  We are delighted to renew this partnership during our 50th anniversary year.”