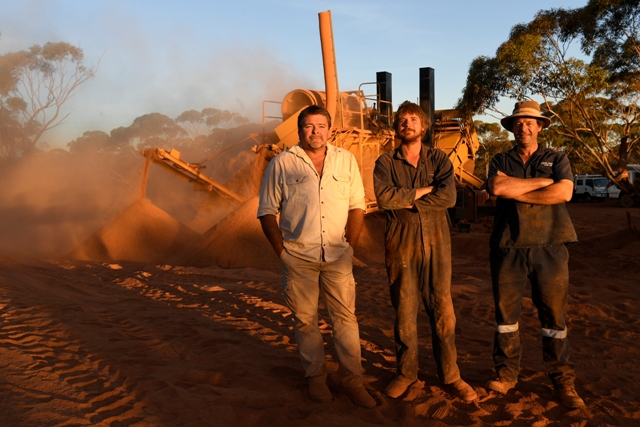 Independent UK based distributor DCD Rights has signed a host of new deals for its diverse selection of factual and factual entertainment content, including presales for the brand new second season of Electric Pictures’ reality series Aussie Gold Hunters, as the company heads to NATPE Budapest to showcase brand new titles.

Following the success of season one, Viasat World (Scandinavia and Eastern Europe) and DMAX (Italy and Spain) have secured the new second season, currently in production for Discovery UK & Pacific Rim, of Aussie Gold Hunters at presale. This adds to further acquisitions of season one by RMC Decouverte for France and French-speaking Europe, Fokus TV for Poland and Discovery for Norway, Germany and German-speaking Europe. Aussie Gold Hunters follows the tough yet charismatic gold prospectors out in the vast wilderness of the legendary Western Australian Goldfields, a story of ordinary people going to extraordinary lengths – in an extraordinary land – to chase their dreams.

Tern Productions’ Morocco To Timbuktu: An Arabian Adventure, a 2 x 60’ documentary for BBC Two in which writer and explorer Alice Morrison attempts to follow North Africa’s ancient ‘Salt Roads’, has been picked up by Knowledge Network (Canada), FTV Prima (Czech Republic) and Arte (France and Germany). Nine Network Australia has secured rights to Popkorn TV’s Trolls: We’re Coming to Get You, a three-part documentary produced for Channel 5, which follows Frankie Bridge and her expert team of troll trackers as they track down and expose cyber-bullies and cyber-stalkers.

Also picked up by Nine Network Australia and new at NATPE Budapest is BBC Productions’ I Shot My Parents. Further acquisitions of this one-hour special, which is produced for BBC Three, include Medialaan (Belgium), TV2 (Norway) and TV2 (Denmark). In America, five parents every week are killed by their children. Four years ago 14-year-old Nathon Brooks walked into his parents’ bedroom and shot them both in the head while they slept. Astonishingly both his mum and dad survived. Filming with Nathon and his mother and father, I Shot My Parents follows the incredible journey of the Brooks family as they come to terms with what their son did and try to understand why he did it.

At NATPE Budapest, DCD Rights will showcase new factual series Toymakerz (8 x 60’) from Lucky 13 Cinematic for Velocity. ToyMakerz follows former stunt man and motor vehicle customizer/fabricator David Ankin, exploring his creation of unique ‘one-off’ vehicles – from race cars and motorbikes to trikes and trucks. ToyMakerz takes audiences inside the shop, as the charismatic Ankin and his team bring their ingenuity and skill set to create next level builds, before testing them out on the street.

Nicky Davies Williams, CEO at DCD Rights, commented, “I’m very pleased to see our factual and factual entertainment content performing so well on the international stage, particularly the early pickups for the new second season of Aussie Gold Hunters. The series offers a truly remarkable insight into life in one of the world’s few remaining ‘wild frontiers’ and the second season takes viewers even deeper into the lives of the prospectors, their families and their communities. Since joining our acquisitions team last year, Philippa Chuter has been hugely successful in developing our production partnerships in the factual community, and I’m delighted to see the results as our sales team secures new deals around the world.”