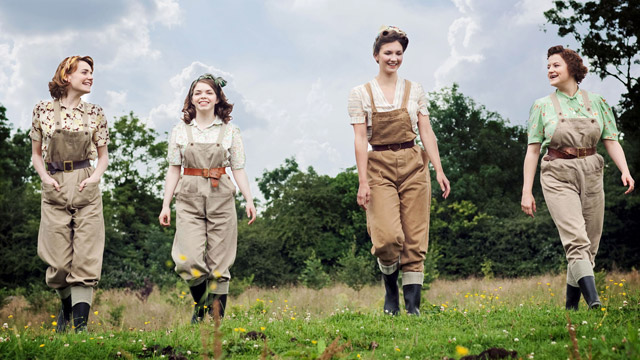 International distributor DCD Rights has licensed a number of programmes to the new Sundance channels in Asia, France and Benelux, along with the option of further territories.

Other titles include Iron Maiden Flight 666 (1 x 112’), a film documenting the first leg of Maiden’s legendary SOMEWHERE BACK IN TIME WORLD TOUR which took them 50,000 miles around the planet playing 23 concerts on five continents in just 45 days. The movie gives a close up behind-the-scenes look at what happened on and off stage, when Maiden gave full access to a film crew for the first time ever, and contains some of the most spectacular live footage yet seen of the band.

Theatreland (8 x 30’), produced by West Park Pictures – a unique observational documentary series looking behind the scenes at one of London’s premiere West End venues, the Theatre Royal Haymarket. Shot over 6 months, the series follows the arrival of a new artistic director, Sean Mathias preparing his first production ‘Waiting for Godot’ – one of the most eagerly awaited theatrical events of 2009, featuring two legends of stage and screen, Sir Ian McKellen and Patrick Stewart, and follows on with ‘Breakfast at Tiffany’s’ starring Anna Friel.

And King Lear (1 x 172’), produced by The Performance Company. Trevor Nunn brings his stage show to the screen in this masterpiece of the Royal Shakespeare Company’s production of King Lear. King Lear, with Sir Ian McKellen is considered one of William Shakespeare’s finest works and received a Primetime Emmy nomination in 2009.

Nicky Davies Williams, CEO, DCD Rights: “We are delighted to be working with Sundance on this package and hope this is the first of many collaborations. The Sundance brand is incredibly strong in the US and we know this will be mirrored in the new territories”.