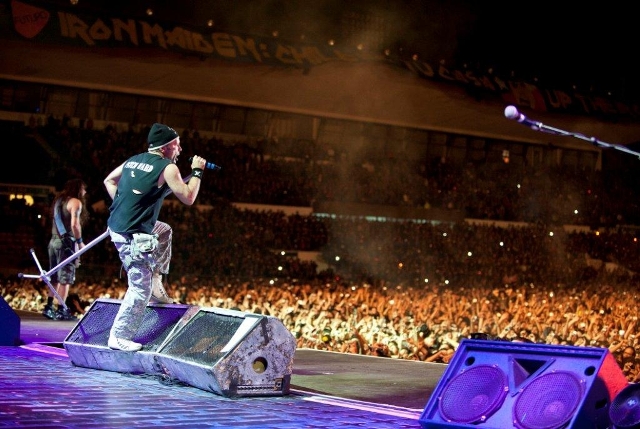 Following their attendance at MIP TV 2012, international distributor DCD Rights announces a raft of music and factual sales to major broadcasters in America, Europe and Australia:

AXS TV (US and Canada) has acquired the new Iron Maiden Live concert EN VIVO! Live At Estadio Nacional, Santiago (1×60’/1×90’/HD 5.1). The concert, filmed in Santiago, Chile in 2011 during their spectacular ‘The Final Frontier World Tour 2010-11’, captures the incredible excitement and atmosphere of a live Iron Maiden show. HBO (Latin America) is taking on the accompanying documentary Iron Maiden: Behind The Beast (1×60’/HD 5.1) which describes the extraordinary story of one of the most acclaimed and ambitious touring shows in the world – 98 shows across 36 different countries.

Coast Guard Alaska (20×60’) the new hard hitting rescue series which made its international debut at MIP TV has been acquired by Danmarks Radio and Tele 5 Poland. Produced by Al Roker Entertainment for The Weather Channel the factual series follows the Alaskan Coast Guard conducting perilous search and rescue missions in one of the harshest environments in the world.

Nicky Davies Williams, CEO, DCD Rights, said: “Blue chip high end factual programming, award winning drama and top international music acts are three key genres in our catalogue that we definitely will continue to emphasize over the coming months, and we are delighted with the broad success we’ve had so far with our latest offering”.