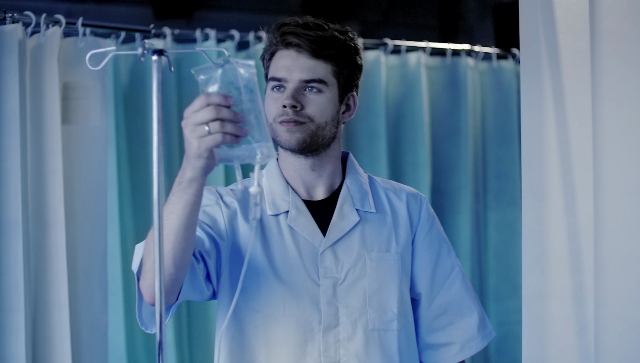 DCD Rights CEO Nicky Davies Williams announced today that new factual crime series Deadly Dates has gone into production.  The 8 x 60’ series is the first of a slate of co-production projects for DCD Rights which aims to increase its output to five a year.

Rory Wheeler, Managing Director, Popkorn said, “Nowadays it’s necessary to have financing and commitment from a number of sources to get programming greenlit and, as we all know, putting together a multi-national co-production is time-consuming and complex.  Having DCD Rights on board has allowed us to do what we do best – concentrate on the creativity – while their team handles the myriad relationships and business aspects involved.”

Following the successful international pick up of crime series Nurses Who Kill and Stalkers Who Kill produced by FirstLookTV, it was also announced today that DCD Rights will debut a second series of Nurses Who Kill as part of its factual slate at MIPTV. The series is currently in production and will air on UKTV’s Really Channel later this year.

Will Hanrahan, producer at FirstLookTV, described the relationship with DCD Rights as “Problem-solving on behalf of broadcasters at its best”, adding, “FirstLook has now made hundreds of hours of award-winning, popular crime programming so the broadcasters trust our content – with the DCD Rights relationship we make it affordable for them as well as high quality.”

With the increased demand from DCD’s key network partners for market tailored series, DCD Rights intends to marry this with its support for independent producers looking for management and commercial help by raising finance and delivering series to its broadcaster and multi-platform partners.

Nicky Davies Williams commented, “We are very pleased to be growing our long-term relationships with producers and working with them to develop their business.  As an experienced, full service distributor and through innovative co-production partnerships we are able to co-ordinate and deliver the necessary investment and support to help enable projects to be realised for our network of broadcasters.”

Deadly Dates reveals the growing danger of online love matches. Nowadays we think nothing of arranging to meet a stranger for a date or opening our doors to someone we have purchased something from online. But in the last year, the number of serious crimes linked to apps from Plenty Of Fish to match.com has increased by over ten times, and the police believe that it is one of the biggest threats facing the public at present. To make it worse, there’s not a lot the police can do in a world where we invite strangers into our lives with no idea about who they really are. A staggering 10% of all known sex offenders use online dating apps as their very own private hunting ground. With access to the victims’ families and the police who worked tirelessly to bring the perpetrators to justice, this series shines a frightening light on the world of social media murders… #trustnoone

Nurses Who Kill brings together top medical, criminal and psychological experts to analyse the motives of the nurses who kill. They are the angels who patrol the wards – the men and women we trust with our lives. But some are there not to cure, but to kill. Across the first series, ten cases are brought to life by actors who portray the real-life nurses in first-person testimonials. Featuring never-before-seen evidence, Nurses Who Kill examines why they do it, how they get away with it and how hard it can be to prove their guilt, revealing the shocking cynicism and brutality behind their caring persona.

The emotional and immersive docudrama Stalkers Who Kill reveals the terror of being stalked, as the horrifying reality of the life of a victim under siege from a stalker comes to life through contemporary stories from around the world. The series features actors in each episode who relive the turmoil of the victim’s emotions. Expert psychologists, criminologists, former top cops and journalists unpack the motives and machinations of stalkers and reveal the fear in victims’ lives.