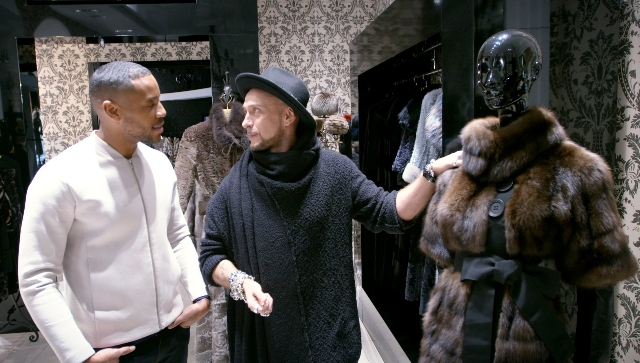 Independent UK based distributor DCD Rights will be debuting three compelling new one-off documentaries, Inside The Billionaire’s Wardrobe, Battle Of Jutland: The Navy’s Bloodiest Day, and The Mystery Of The Roman Skulls, at this year’s NATPE Europe in Budapest.

New deals have been secured with broadcasters including yesDocu Israel, for Inside The Billionaire’s Wardrobe, a 1 x 60’ documentary from BBC Productions. Reggie Yates investigates the real cost of exotic furs and animal skins used in luxury fashion goods.

Also included on the NATPE slate, are two new release documentaries produced by True North. In Battle Of Jutland: The Navy’s Bloodiest Day (1 x 60’), a century on from the battle, Dan Snow and team investigate why this battle was the bloodiest in British Naval history, and the pivotal role it played in the Allied victory of WWI. Taking a step from modern to ancient history, The Mystery Of The Roman Skulls, narrated by Downton Abbey’s  Jim Carter, investigates the discovery of dozens of dismembered Roman-era skulls, that had been discovered in clusters  under the ground of Britain’s capital during excavation.

James Anderson, Senior Sales Executive at DCD Rights, commented, “We are delighted to be presenting a new slate of fantastic content in Budapest.  These new titles will complement our existing catalogue of factual, drama and music and we’re confident they will appeal to a wide range of buyers at the market.”

These new releases will be a great addition to an already successful slate of programs such as The Truth About Alcohol (1 x 60’ documentary from Sundog Pictures), which was recently sold to DR (Denmark), YLE (Finland), NRK (Norway), and CBC News Network (Canada). In this program, A&E doctor Javid Abdelmoneim uses his pub laboratory to investigate long-held myths and misconceptions about alcohol.

DCD Rights is delighted to be attending NATPE Europe with such a diverse portfolio of programs for distribution.