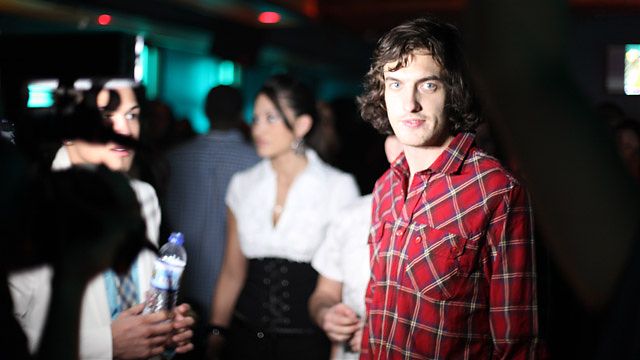 International distributor DCD Rights unveils a slate of new factual programming from the US and the UK, which will be made available to buyers for the first time at MIP TV.

The World of Jenks (HD/12 x 30’) produced by MTV and Jenks, this verite docu-series follows award-winning American filmmaker Andrew Jenks as he walks the proverbial mile in someone else’s shoes: Each week he lives with a stranger – whether it is a homeless person, a juvenile detainee, a supermodel, or anything in between. Andrew explores their lives, hangs out with their friends and family and sees the world from their perspective. With cameras rolling 24/7, Andrew’s experiences constantly change how he perceives and interacts with the people and the world around him. The World of Jenks premieres on MTV in summer 2010.

Heavy Haulers (HD/ 4 x 60’) produced for TLC the series follows the dangerous exploits of larger than life Jeremy Patterson and his family, wife Tanya, son Greg, 12, and daughter Ashley, 9, who all play a part in running their Washington based superstructure moving company. We follow the drama as they race against the clock to move mansions, trains, planes, churches and ships intact across America. Their first assignment sees the family risking life and limbs as they attempt to move a 400-ton brick mansion five miles across Iowa in extreme weather conditions.

Bridezillas 8 (24 x 60’) – the major hit US reality show, now in its eighth record-breaking season, sees more fairytales become nightmares as brides-to-be turn into matrimonial monsters going from sweet to certifiable while planning the wedding of their dreams. Produced by DCD-owned September Films, all 8 seasons of this hugely popular franchise add up to 120 hours of frantic brides, from New York to LA and Chicago to Texas. Bridezillas’ previous Season delivered its highest rating ever for Women’s Entertainment (WEtv) in the US.