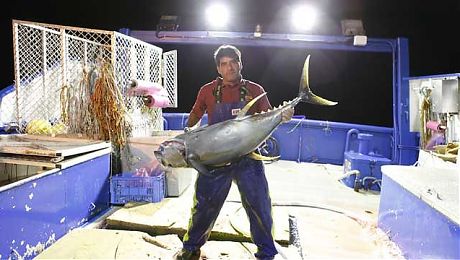 DCD Rights announces a raft of Factual sales to the US, Europe and worldwide.

Hardliners (10 x 30’ Cordell Jigsaw Pty Ltd for Fox 8) follows the larger than life Australian long-line fishermen who risk their lives everyday chasing monster fish off the east coast of Australia, and has been sold to Current TV USA, UKTV UK and TV2 Norway.

Keeping Up With The Joneses (1 x 60+15 x 30’ WTFN For Network Ten) the highly rated series that explores the unusual lifestyle of a family living on a large cattle station in a remote part of the Australia Outback, has been licensed to TVNZ New Zealand, Plus Spektrum, part of Chello Central Europe, in Hungary, Czech Republic and Slovakia.

Gator 911 (10 x 30’ 12 Forward Entertainment Ltd for CMT) is a series which lets the viewers experience the danger and dedication it takes to rescue one of the world’s most ferocious reptiles, the American Alligator. The series has been licensed to Living TV UK, TV4 Sweden, Norway, Denmark, Finland, Chello Zone Middle East, Africa, Poland, Hungary and Romania.

Nicky Davies Williams, CEO, DCD Rights: “We continue to license factual series around the world and are delighted with the response we have had so far to these fantastic series, and we expect more sales to be finalised following our recent attendance at NATPE.”