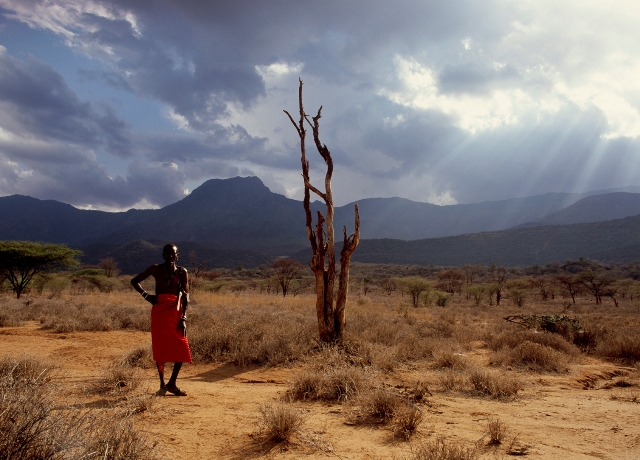 Leading UK-based distributor DCD Rights, which picked up the international rights for the wide range of prestigious content from The Open University  earlier this year, has secured a slew of sales to broadcasters around the world. Discovery Networks Europe, Middle East and Africa has acquired hit BBC One science series Bang Goes the Theory; Foxtel in Australia, NPO The Netherlands, Histoire (French speaking Europe and Africa) and BBC Worldwide Asia and Australia have each acquired substantial packages of content including individual series created for The Open University such as The Quest For Bannockburn; Pain Pus & Poison; Empire and Town with Nicholas Crane.

Brand new inspirational programming from The Open University which will debut at MIPCOM includes Photographing Africa With Harry Hook where the celebrated film director and photographer uses intimate images to tell a personal story as he encounters people living with one foot firmly rooted in a rich cultural past but who also embrace the here and now of contemporary Africa.  Three poignant and engaging documentaries to highlight the Centenary of World War I will also be available at MIPCOM for the first time including The Great War Begins; The Machine Gun & Skye’s Band Of Brothers and Brothers In Arms: The Pals Army Of World War One.

Nicky Davies Williams, CEO at DCD Rights says, “The broad scope and thought-provoking nature of Open University programming means it has strong appeal for a wide spectrum of international broadcasters.  These series are versatile and can stand alone in peak time or create a focused strand.  We are very pleased to have a continual flow of high quality factual series joining our catalogue and are delighted to offer our clients a new line up at MIPCOM next month in particular one of the most definitive collections of WW1 documentaries available to commemorate the Great War’s centenary.”

Other factual titles launching at MIPCOM from DCD Rights are Tales of Irish Castles, produced by Sideline Productions for TV3 and presented by award winning actor Simon Delaney (BBC’s The Fall, Sky’s Moone Boy and CBS’ The Good Wife). The 6 hour series traces the history of Ireland through its castles and the stories contained within these magnificent stone structures are brought to life through specially shot re-enactments, stunning aerial photography, archive footage and contributions from Ireland’s leading historians, archaeologists, castle owners and inhabitants. Mercenaries, produced by Eyeline Entertainment for Discovery Quest, a 5 x 60’ series which takes an exclusive look inside the adrenaline-fuelled world of the real ‘expendables’; and,   in its fourth season, Coast Guard Alaska features some of its most thrilling, hard-hitting rescue stories yet. From lost hunters to injured fisherman to ailing men, women and children in the far reaches of the brutal Alaskan frontier, the Coast Guard responds in often harrowing weather conditions, within inhospitable environments, to save lives. An 8 x 60’ series, Coast Guard Alaska is produced by Al Roker Entertainment for The Weather Channel.