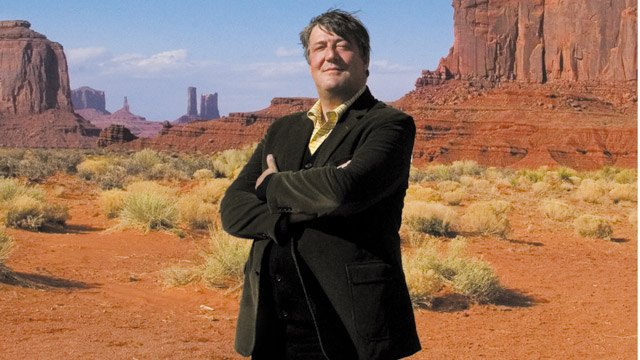 Distributed by DCD Rights and produced by DCD-owned West Park Pictures for BBC One Stephen Fry In America follows Stephen Fry as he travels around each of America’s states in a black cab to discover, in his own inimitable style, what makes the country unique and to get under the skin of American life.

Stephen Fry commented: “Receiving the NTA award was fabulous and so was working with the brilliant team from West Park Pictures.”

Andre Singer, Executive Producer, West Park Pictures, said: “In the Awards season, the most coveted and the one we are most delighted to receive is the National Television Award. It is voted for the public and as such is the truest indication of the popular appeal of our series. This was Stephen’s night, and at West Park Pictures we are proud to have contributed to his success.”

This a major coup for the series which is a hit in television sales and also publishing with a best selling book (Harper Collins/DCD Publishing) and DVD (Digital Classics, DCD Media’s DVD label).

David Green, DCD Media CEO, added: “We warmly congratulate Stephen Fry and West Park Pictures for this fantastic achievement. The DCD production companies work with the best talent in UK television and following Richard Hammond’s win at BAFTA for Richard Hammond’s Blast Lab a few weeks ago this major award further reflects both the quality and popularity of our productions.”