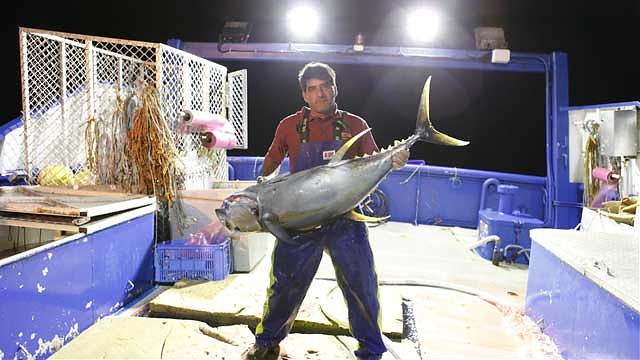 International distributor DCD Rights is to showcase its strongest ever slate of factual programming at MIPCOM 2010, spanning 60 hours of new factual content:

amp;rsquo;/ HD/WTFN for Network Ten) – Feral cattle, rogue crocodiles and helicopters, each of which have the potential for disaster, are all in a day’s work for Milton Jones and his family. This compelling series follows the unusual day to day lives of the Jones family living on a large cattle station in a remote part of the Australian Outback…

You’re Cut Off (8×60’/ Fly on the Wall Productions for VH1) –nine self proclaimed princesses are sent to “spoiled rotten” rehab in this new reality series. Stripped of all the cash and the conveniences they’re accustomed to, the task is to instead teach them how to become more productive members of society, with varying degrees of success.

The Suspects (8×60’/ Seven Productions for Seven Network, Australia) – never before seen police interviews, surveillance tapes, dramatized re-enactments and news reports, ranging from serious murder, robberies and kidnappings to quirky and unusual cases are at the forefront of this intriguing show which puts some of Australia’s most fascinating crimes under the microscope.

The Bionic Vet (6×30’ /HD/ Wild Productions for BBC1) – the acclaimed and heart-warming series follows the ground breaking work of ‘bionic vet’ Noel Fitzpatrick, who is pioneering revolutionary surgical and prosthetic techniques to save and improve the lives of animals, including the now famous Oscar the cat, whose new prosthetic paws have made him a world wide internet star.

Danger Coast (10×30’/HD/2CMedia & ITV Studios for CMT) follows the dramatic and perilous exploits of Miami Dade County’s elite waterborne Marine Operations Bureau as they fight against overwhelming odds to selflessly protect the public at large, while risking their own lives. The series also offers an intimate look into the day to day lives of these everyday heroes and their families.

Gator 911 (10×30’/HD/12 Forward Entertainment Ltd for CMT) depicts the experience, danger and dedication it takes to rescue one of the world’s most ferocious reptiles, as Gary Suarage and his Texas based conservation team set to work to rescue gators from unusual places and deliver them to their new refuge at Gator Park refuge.

Hardliners (10×30’/ HD/Cordell Jigsaw for Fox 8) – Larger-than-life Australian long line tuna fishermen risking it all on a daily basis are at the heart of this new action packed series. A high seas adventure show offering a truly remarkable insight into human endurance, bravery, and good humour.

Hammond Meets Moss (1×60’/ Hamster’s Wheel Productions for BBC) is an engaging and intimate conversation between Richard Hammond and Sir Stirling Moss, punctuated by extraordinary medical insights and archive footage of both of their car accidents.

Nature’s Powers’ Revealed (3×60’/ DCD-owned West Park Pictures for Reader’s Digest) takes us on an overwhelming journey around the world to reveal the mysterious forces that created the land and the sea and that now shape and re-shape our planet.

Sex Lessons (10×30’/ DCD-owned September Films for Fiver) – this hysterical clip show takes you across the globe looking at the various ways kids are being taught about sex. From the draconian war time educational videos to liberal same-sex films, viewers will laugh along with those cringe worthy slogans and instructions.

Behind Closed Doors (3×60’/HD/Matchlight for BBC) – British historian Amanda Vickery unveils the secrets of the Georgian home by investigating the lives of the people who lived in them.

In addition DCD Rights will also be showcasing high profile documentaries including Pre-teen Proms (1×60’/ Matchlight for BBC Scotland), Bronzino (1×60’/HD/ DCD Media), My Boyfriend, The War Hero (1×60’/Matchlight for BBC) and The Wonderful Wizard of Oz: the True Story (1×60’/DCD-owned Prospect with Moondance Films & Television for BBC and Smithsonian , and Autistic Superstars (2×60’/DCD-owned Prospect for BBC).

Nicky Davies Williams, CEO, DCD Rights, said “we are delighted to be showcasing such an array of programmes from the factu

al and entertainment genre. Having such a high volume of hours in the current climate is something we worked hard to achieve and we are looking forward to launching these at Mipcom”.