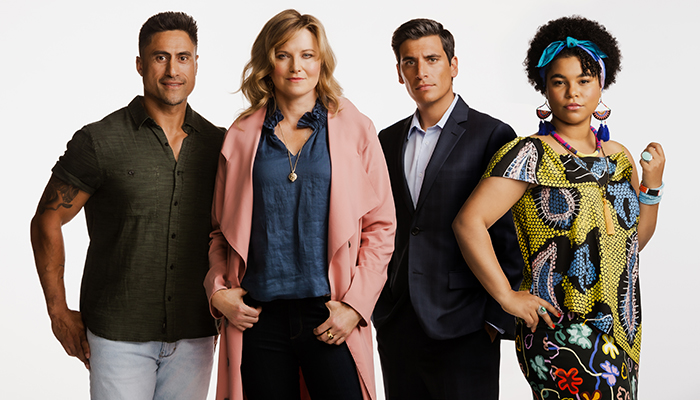 Leading UK-based distributor DCD Rights announces sales for series one and two of My Life Is Murder and confirms a third series of the ratings-hit crime drama.

This contemporary detective drama series has previously sold to more than 80 countries, including the UK, Australia, New Zealand, Latin America, Africa, Portugal, Denmark, the Netherlands and the Balkans.

Nicky Davies Williams, CEO at DCD Rights, comments, “This series continues to be one of our most successful dramas in terms of both sales and ratings. We are delighted that the partners and talent have come to together again to produce a further ten-episode season and look forward to offering this to our clients later this year.”

“We have wonderful partners in DCD, TVNZ, Acorn and Ten and it’s a pleasure to be able to continue those relationships; to have the chance to continue the adventures Alexa Crowe and her marvellous collaborators; and to once again showcase beautiful Auckland, New Zealand and the talents of our cast and crew to audiences around the world,” says Greenstone CEO Rachel Antony.

When Alexa Crowe (Lawless) moved back to New Zealand, she expected to bake some amazing sourdough, reconnect with her brother and enjoy some relaxing solitude in her hometown. But it wasn’t long before this irrepressible investigator found herself poking her nose into a bizarre, unsolved murder case.  Some things will never change.

Now she’s been in Auckland for a while, proud ‘lone wolf’ Alexa has built a small community of friends and fellow investigators in Madison (Ebony Vagulans – Doctor Doctor, The Letdown, The Furies), Harry (Rawiri Jobe – The Brokenwood Mysteries, The Dead Lands, Shortland Street) and Reuben (Joe Naufahu – Game Of Thrones, Spartacus, Ghost In The Shell). And, whether she likes it or not, this new season sees Alexa’s adventures bring new friends into this unlikely ‘found family’, as well as featuring ten new cases that pit her against fascinating, powerful and surprising suspects each week: everyone from eccentric billionaires to grieving florists, and tango dancers to fiery fashionistas.

Ready or not, here she comes again…