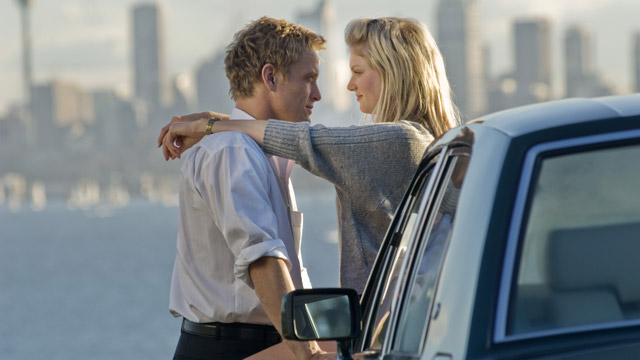 Land Girls (5 x 45’), produced by the BBC for broadcast on BBC1, follows the lives, loves, highs and lows of four ‘Land Girls’ set during WWII. This daytime series follows level-headed Annie, her fun-loving sister Bea, clumsy Joyce, and aloof Nancy as they leave their homes and families for the first time to join the Women’s Land Army working the fields for the war effort, growing up and forging friendships that will last them a lifetime.

Breaking The Mould (1 x 90’), also produced by the BBC for broadcast on BBC Four, tells the gripping story of invention and ingenuity and tragedy whilst revealing the story behind the discovery of penicillin and the forgotten people involved. Dominic West stars as the groundbreaking scientist Doctor Florey in this dramatic period piece set against the backdrop of war with themes of love, discovery and ultimately triumph.

A Model Daughter (1 x 90’), produced by Screentime PTY for Network 10 Australia, tells the true story of Caroline Byrne. Beautiful 24 year old model Caroline Byrne was pushed to her death off ‘The Gap’ by her boyfriend Gordon Wood. This is the gripping story of the events that led to her death and the story of a father’s quest to find the truth.

Half Ton Teen (3 x 60’), produced by Megalomedia for TLC in the US and Channel 4 in the UK, tells the emotional story of 19 year-old Billy Robbins who at 800lbs is the world’s heaviest teenager. This film investigates the complex and disturbing relationship between Billy and his mother, feeder and victim, and attempts to understand the dangers of a parent’s all-consuming love whilst following Billy as he attempts to lose an incredible amount of weight, regaining his mobility and ultimately his independence.

CollegeHumor (6 x 30’), produced by MTV Networks and broadcast on MTV in the US, is an adult entertainment series about what happens when young people have a little too much freedom, and when that “real world” our parents always warned us about never quite comes to pass. CollegeHumor is an offbeat comedy based in the workplace. The young characters infuse their workplace with a playful, not entirely mature attitude, making it feel more like a summer camp without counselors than an actual functioning business (turn the boss’s office into a ball pit? Why not?).

DCD Rights recently announced the appointment of Pilar Perez as SVP Acquisitions who is responsible for sourcing projects which require additional funding through DCD Rights’ Acquisition Fund, in return for the international distribution rights.

Nicky Davies Williams, CEO of DCD Rights said: “We are delighted to have acquired such high quality programming from the BBC, MTV, Screentime and Meglomedia and we hope to secure additional projects for funding over the summer months for launch at Mipcom. Pilar’s knowledge of the market place is second to none and we expect some more fantastic projects to come through”.

Pilar Perez, SVP Acquisitions DCD Rights added: “In a very competitive environment we are very pleased to have secured the international rights to this multi-genre slate of projects. In each case we see this as a first step in building an ongoing partnership with these award winning producers and broadcasters that we hope will lead to further opportunities to invest the substantial funds (rolling £10m) that DCD has access to. In a time of rising deficits and tighter budgets we believe that, for the right project, we can add value on a number of levels not least in helping to bridge the gap between a broadcaster licence fee a producers budget. We have worked hard to reach out to independent producers and broadcast partners around the world and there are some exciting prospects on the horizon.”

In September 2008, DCD Rights announced it had gained access to a rolling distribution fund of £10m for the purpose of investing in programme rights; this marked a step change in DCD’s distribution operations, broadened the division’s appeal enabling it to represent more major programming across all genres.