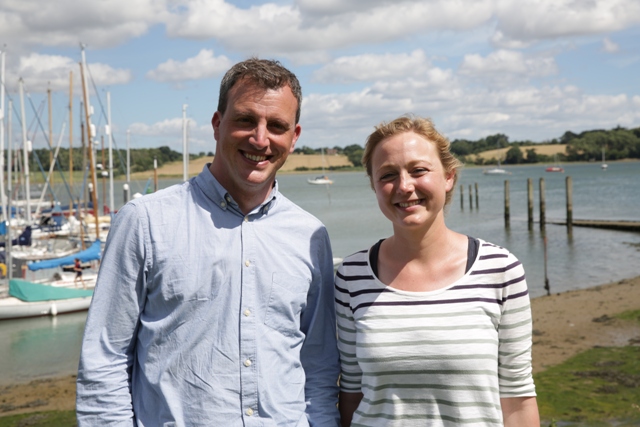 Independent UK based distributor DCD Rights has partnered with award-winning independent producer Tern TV in the run up to MIPCOM, signing distribution rights to almost 50 hours of new content from the factual specialist.

The deal will see Tern TV’s new three-part documentary for Channel 4, Shoreline Detectives, the story of the history and archaeology of the shoreline of the British Coast, one of the richest historical treasure troves on Earth, joining DCD Rights’ MIPCOM portfolio, alongside 75 x 30’ series The Beechgrove Garden, a hardy annual TV gardening series for BBC Scotland which sets out to deal with, glory in and celebrate horticulture.

Also launching is The Art Detectives (3 x 60’) produced for BBC Four, which follows one of the world’s leading art detectives, Dr Bendor Grosvenor, as he tracks down lost and hidden public treasures from local museums and galleries across Britain to restore them for the nation, while in exciting brand new health series Can I Catch It? (4 x 30’, for Channel 4), medical experts uncover the truth behind the constant bombardment of headlines about scary illnesses and deadly diseases, to discover how we can best look after our health.

Nicky Davies Williams, CEO at DCD Rights, commented, “We’re very pleased to partner with Tern TV ahead of MIPCOM on the distribution of this slate of fantastic new factual series. All four titles showcase Tern’s expertise in bringing such diverse subjects to life, featuring passionate presenters, dedicated experts and compelling storytelling. There continues to be a huge appetite in the international market for relatable, accessible and absorbing factual programming and we know that these new titles will fit the bill for a range of broadcasters.”

In the biggest nationwide survey of the British coastline ever undertaken, Shoreline Detectives presents a fresh take on the country’s extraordinary maritime, industrial and natural history. With tens of thousands of unique archaeological sites, ranging from submerged Elizabethan ship wrecks to prehistoric stone forts and drowned forests, set to be lost due to extreme climate change, this emergency archaeology series follows a crack squad of Big Dig Detectives as they use the latest technology to strip back the coastline and reveal its incredible shoreline secrets – before it’s too late…

The firmly practical, get-your-hands-dirty gardening series The Beechgrove Garden sees a team of presenters imparting advice on all aspects of gardening – from what you could be doing in your garden each week to covering as many gardening topics as possible, ranging from aerating the lawn to zapping pest problems and everything in between. The presenters also visit the gardens of viewers who are having difficulties and celebrate some of Scotland’s most inspirational gardens and gardeners.

In The Art Detectives, Dr Bendor Grosvenor and Jacky Klein set about identifying lost art treasures, to resurrect and rehang them. Astonishingly, of the 220,000 paintings in public ownership in the UK, a staggering 80% are languishing in storage, and across the entire public collection – paintings in storage and on display – at least 40,000 are unattributed. We don’t know who painted them or what their subject is – they are unsolved mysteries. However, Bendor has made his name specialising in identifying these ‘sleepers’ and he and Jacky are determined to bring them back to life.

Everyone is concerned about having and maintaining good health, and we’re constantly bombarded with stories of illness and disease – but are the dangers really as bad as the headlines say? Or is it the illnesses we don’t hear about that should really concern us? Exploring the facts and stats behind the stories, Can I Catch It? follows a team of medical experts as they uncover the truth and explore the myths about what illnesses and conditions we are most likely to contract.