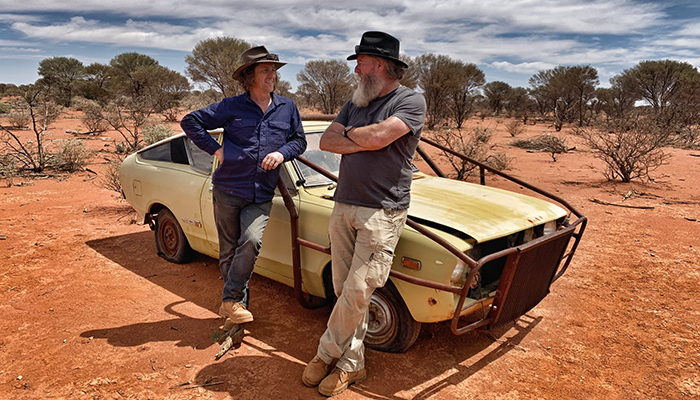 Outback Car Hunters, delivering now and produced by CJZ for Discovery, has already been picked up by Nine Network – Australia; international broadcaster Viasat World for Central & Eastern Europe, Scandinavia, Russia & CIS; RMC Decouverte – French Speaking Europe & Africa and Discovery for Benelux. Car fanatics GT and Dave set off on a road trip in search of abandoned or forgotten classic cars to buy and sell for serious profit. Their journey features the spectacular scenery of the West Australian outback, but this is no sightseeing trip – with their own money on the line, the stakes couldn’t be higher as they decide which cars to buy, and how much to spend.

In addition, sales of the brand new, second series of Aussie Bull Catchers have already been secured with Viasat World – Central & Eastern Europe, Scandinavia, Russia & CIS. Produced by Ronde Media for ABC Australia, Aussie Bull Catchers follows the lives of a handful of brave men and women who make a living catching feral bulls and buffalo in Australia’s outback during the dry season. It’s one of the most dangerous jobs on earth, it’s high-risk, high-reward work.

Series two of the double Emmy® nominated factual series, Disasters Engineered (entitled Deadly Engineering in the US) will air on AMC Networks International – Central and Northern Europe’s Spektrum in Hungary, Czech Republic & Slovakia; A+E Networks Africa; BBC Brit in Poland and National Geographic for a raft of territories including UK & Ireland, Latin America, Scandinavia, Middle East and parts of Asia, as well as numerous countries throughout Europe and Africa.  The series – produced by SWR Media, Intermission Film and DCD Rights in association with Dash Pictures for Science Channel – explores the stories behind mankind’s worst engineering disasters, and what we have learned from each.

Whilst Fast Justice has been acquired by BBC Studios for Poland and TVNZ.  Produced by ITN Productions for DAVE, Fast Justice follows the Sentinels: Suffolk Constabulary’s cutting edge £1.6m, 21 officer strong unit, equipped with supercharged BMW 330s and advanced number plate recognition technology. Their mission is to combat the huge rise in serious crimes in the county. Filled with moments of humour and warmth, this dynamic series utilises 360-degree coverage and access to take the audience on a ‘ride along’ of high-speed chases, raids and arrests.

Nicky Davies Williams, CEO, comments “Factual programming of all kinds continues to travel extremely well around the world, delivering substantial audiences for many platforms and broadcasters.  These diverse series are all very different but each has a strong appeal to male viewers, which has made them particularly successful across multiple seasons.”