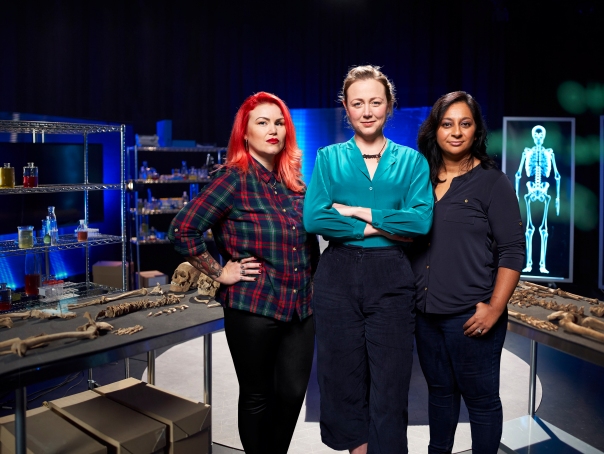 The team at DCD Rights are starting off the New Year with a brand new catalogue comprising of programming across drama, entertainment, factual and music.

From our latest docu-dramas, is a third series of popular crime show Real Detective: North Of The Border, with detectives recalling their most difficult cases across Canada. Real life stories continue in the chilling cases of The Lady Killers, investigating the women who kill. From chilling homicides to tales of tragedy, The Bone Detectives follows Tori Herridge as she attempts to piece together the lives behind the bones and bodies that archaeologists have uncovered.

We explore the technologies from NASA that we take for granted in our daily lives in A World Without NASA and seek out the best food stories of the UK, hopping from coasts to high ground in James Martin’s Islands & Highlands.

From the serene landscape of the outdoors to the chaotic Boot Camp house, big egos collide under one roof in Marriage Boot Camp: Reality Stars and in another place like nowhere else on earth, the teams of Aussie Bull Catchers welcome us to a world that we’ve never seen before – the world of Australia’s outback bull catchers.

We delve in to the world of royalty, celebrating the life and achievements of The Real Prince Philip: A Royal Officer, and into the lives of some of Hollywood’s hottest talent as they interview with Sam Jones for yet another jam-packed series of Off Camera.

Our team is very excited for the year ahead and anticipate a very productive 2020, as our team helps to fulfil your 2020 schedules.