International Channels Get The Taste For DCD Rights ‘Bitten’ At MIPTV 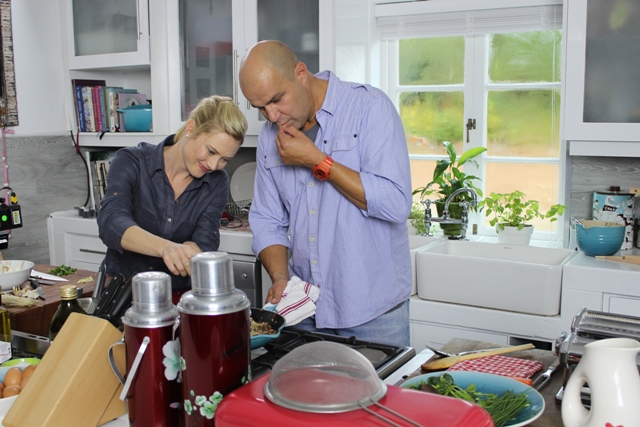 Nicky Davies Williams, CEO at DCD Rights said, “Bitten is a ‘real life’ cookery series which has wide international appeal.  It is bright and fun and focuses on the creation of unintimidating dishes for real people in real social situations. We look forward to further series from Sarah to build on this initial international success.”

DCD Publishing has also signed up Sarah Graham in order to represent her for international merchandising and rights.

Bitten: Sarah Graham Cooks Cape Town is a fun, funky, real show about building relationships with people around food. It’s about everyday food and the people who make it…burns and botches included.  At the heart of Bitten is Sarah Graham, a self-confessed ‘regular person’ who is a food writer and cookbook author.  She’s the first to admit that she’s not a professional chef. But she’s built her life around a passion for good friends and good food.  Now, Sarah invites television viewers to share in her world, from her kitchen to her favourite restaurants to the homes of the people she loves.