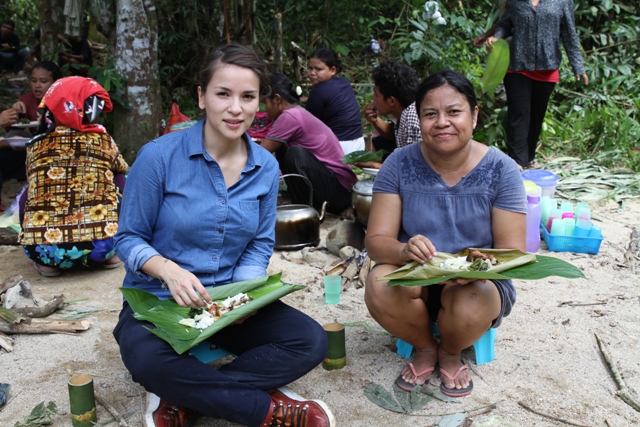 Independent UK based distributor DCD Rights will launch its largest slate of factual content to date at MIPTV, as it continues to sign collaborations with independent producers including Tern TV, Rize USA and Matchlight. Combined with its recent acquisition of the Electric Sky library, the DCD Rights non-scripted portfolio now numbers 1,600 hours of diverse programming.

Making its international debut at MIPTV from Scottish indie Tern TV is The Mountain, a 6 x 30’ series produced for BBC Scotland which charts a winter skiing season at Aviemore, Scotland, offering insight into the lives of the men and women who keep the resort open through gales and snowstorms. Also from Tern TV, this time produced for BBC4, is Ancient Greece: The Greatest Show On Earth, a three-part historical series, written and presented by classicist Dr Michael Scott, examining the extraordinary history of Athens in the ancient world, through one of its most culturally crucial spaces: the theatre.

Fresh from its ratings-winning debut in the UK – where it exceeded Channel 4’s primetime slot average by more than 30% – is Rize USA’s The Billion Dollar Hotel, a 60’ special exploring life in and around Dubai’s luxury seven star Burj Al Arab Hotel. Also from Rize USA is Love At First Swipe (60’), produced for Channel 4, a fresh and unique documentary delving into the dating phenomenon that is taking the world by storm – the mobile dating apps that cut to the chase of attraction, and How To Remember Everything (w/t, 60’), for ITV, which explores the incredible world of competitive memory.

DCD Rights will debut three new documentaries from Glasgow-based indie Matchlight at MIPTV. The Longest War: Women & Power is a provocative three-part series for BBC4, in which Professor Amanda Vickery tells the story of the long war to give women an equal share of power. Transplant Tales, a 2 x 60’ series for BBC1, follows the lives of people on the organ transplant waiting list, investigating how medics are being driven to find new medical innovations to contend with the chronic shortage of organs and in Joan Of Arc: God’s Warrior (60’), produced for BBC2, writer and historian Dr Helen Castor explores the life – and death – of the iconic Joan of Arc.

BBC Production’s culinary travel series A Cook Abroad – which recently aired on the UK’s BBC Two – will launch to the international market. The six-part series sees our best-loved cooks, including ‘Hairy Biker’ Dave Myers, Rick Stein, John Torode, Tony Singh, Monica Galetti and Rachel Khoo, embarking on a tour of the world’s most inspiring food cultures, sharing their passion for exquisite food and exotic flavours, and going off the beaten track to experience the planet’s most fascinating places, including Egypt, Argentina and Malaysia.

MIPTV will see DCD Rights debut the Electric Sky Library, which it acquired in January this year. With more than 250 hours of content across 50 titles available, new programming launching at the market includes the 10 x 60’ fifth season of long-running series Fat Doctor, produced for UK TV, following the patients of three of the most sought-after weight loss surgeons. Also available will be the 5 x 60’ series Sky High Scrapers, following the gravity defying exploits of the most daring, high level maintenance workers in the US, and How Cities Work, the 5 x 60’ series looking at the ingenious engineering that enables cities across the globe to function.

Nicky Davies Williams, CEO at DCD Rights, said, “Our existing and new relationships with leading factual producers continues to reap rewards, enabling us to build a portfolio of documentaries that have the variety and diversity to appeal around the world. With the plethora of digital platforms and specialist channels alongside the expanding terrestrial and pay-TV broadcast market, demand for high-quality factual content is stronger than ever, and this roster of content will ensure we are an obvious destination for factual buyers and producers alike at MIPTV.”