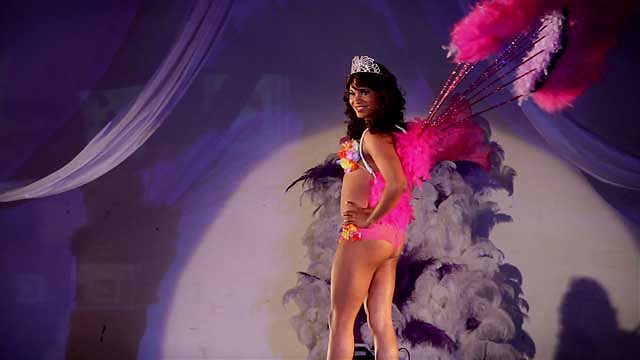 New and returning programming include an extended series of primetime entertainment magic show Penn & Teller: Fool Us (now 9×60’) presented by Jonathan Ross, which has been sold to ABC Networks Australia and BBC Worldwide for multiple territories (including Scandinavia, Latin America and Africa), and with format deals currently in negotiation in the Middle East and Eastern Europe.

Destination Fear (13×30’, 11 Entertainment / Essential US for Travel Channel US) – the chilling and amusing 13-part series follows unsuspecting guests that are given a ticket the paranormal ride of their lives, thinking they are heading to a spooky destination to participate in any number of set ups; from hotels with ghostly pasts to islands infested with goblins.

Dangerous Drivers’ School (6×60’, Matchlight for Channel 5) – follows the sometimes hilarious, always sweat-inducing, definitely blood-pressure raising antics of Britain’s worst drivers as they try to overcome their fears. Redemption comes under the instruction of AA “Drive with Confidence” instructors. Can these big characters cure the phobias of our drivers within the limits of an intensive two hour driving lesson?

Vet School (6×30’, Prospero Productions for ABC Australia) – This unflinching series captures the highs and lows of young vets’ training at Murdoch University. As well as all the drama, excitement and heartbreak of life in one of the busiest Vet Hospitals in the country, the students are faced with procedures for the first time. The first stitches, the first surgery, the first arm up a cow’s backside!

Amazing Underground Secrets (3×60’, Readers Digest), the 6-part series unveils a whole other world beneath our feet. It ranges from meandering tunnels to massive caverns to whole cities, an astonishing variety of underground constructions that prove that there’s more to our planet than meets the eye. This series goes deep underground, in search of the hidden side of our history.

Pub Dig (4×45’, Oxford Scientific Films for HISTORY and Channel 5 UK) – Rory McGrath joins archaeologist Paul Blinkhorn as they root around under the country’s greatest alehouses to reveal the juiciest bits of British history. The duo dig through time to expose the carousing, the plotting and the violence that has shaped Britain’s turbulent past.

The Prime of Miss Jane Austen (1×60’, Matchlight for BBC2) – Prof. Amanda Vickery returns to mark the 200th anniversary of the publication of Jane Austen’s first novel Sense and Sensibility. She explores how different periods and generations have looked for their own reflection in the characters and plots of the novels, in an attempt to work out hold Jane Austen’s fiction has on us now.

Josie: My Cancer Curse (1×60’, Matchlight for BBC3) – This poignant one-hour documentary follows 18-year-old Josie, a gorgeous, fun-loving, typical teenager except for one thing: Her mum carries a hereditary gene that has cursed their family for generations. If your body carried a deadly gene that increased your chances of getting breast cancer to 80% – would you want to know?

Glitterboys & Ganglands (1×60’, Okuhle Media Production) – As 14 contestants battle it out for the title of Miss Gay Western Cape in South Africa’s biggest female impersonator pageant, viewers follow 3 contestants through the prelim rounds, into the back-stories of their lives and all the way to the outrageous spectacle of the big night. It’s about stilettos and alter-egos, tucking and tiaras, glitterboys and ganglands…

Nicky Davies Williams, CEO, DCD Rights, said “Thanks to our solid relationships with renowned UK, US and Australian producers we are pleased to bring again this year a mix of popular shows which we believe they have the qualities and production standards to draw substantial audience figures in every market”.