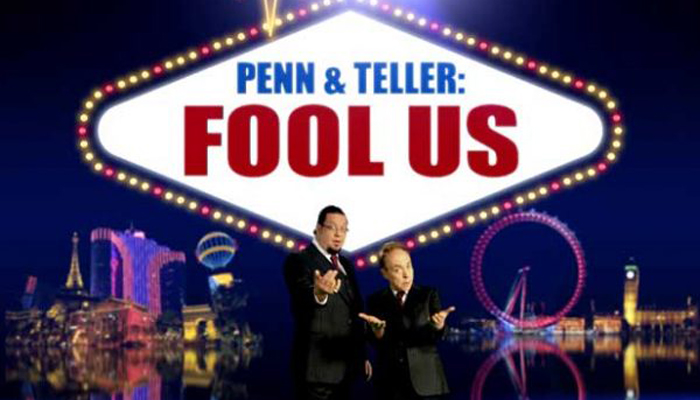 Penn & Teller: Fool Us (Format Rights, plus 1 x 63’ + 7 x 49’ /HD/September Films & 1/17 PRODUCTIONS for ITV1) Starring the legendary magic duo – Penn & Teller, and presented by Jonathan Ross, the format kicked off the revival of the magic genre on UK television with a successful one-off special on ITV1 in January 2011. Aspiring magicians are invited to perform their most mystifying trick to try and fool the iconic duo, who has no prior knowledge of either the performers or the planned tricks. Anyone who succeeds wins the right to perform with Penn & Teller in their world famous show at the Rio Hotel & Casino in Las Vegas. The series order has now been increased from 6 to 7 hours to air prime-time on ITV1 later this year.

Tony Robinson Explores Australia (6×60’ / HD/ WTFN for History Channel Australia). This new documentary series due to premiere in Australia on The History Channel in 2011 follows Tony Robinson (Time Team, Crime and Punishment, The Worst Jobs in History) as he brings his distinctive passion for storytelling and discovery to reveal some astonishing quirks of history on the island continent. From the first sighting by a wayward buccaneer (1688) all the way through to the Sydney Olympics, Australia has been influenced by many cultures. With beautiful High Definition photography, the series arc will roughly follow a chronology from the earliest sightings of Terra Australia’s Incognita through to today.

Bridezillas (150 x 60’ / DCD-Media owned September Films for WEtv) The hit reality wedding show now totals 150 hours, including 23 hours of new programming due to transmit from June 2011. The series has consistently grown in popularity to become the flagship show for cable network WEtv in America, and one of the channel’s all-time highest rated series. Bridezillas continues to follow brides-to-be who turn into matrimonial monsters, going from sweet to certifiable while planning the wedding of their dreams.

Nicky Davies Williams, CEO, DCD Rights, said “We are incredibly proud to be partnering with world class talent in offering a mix of new original shows and proven popular success to international buyers at the MIP market”.