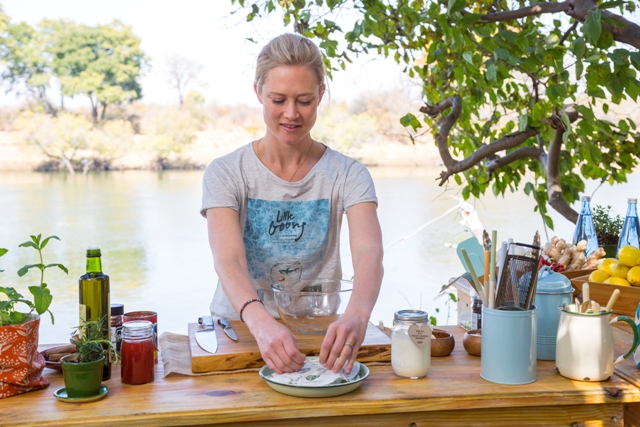 Independent UK based distributor DCD Rights has secured a pre-sale acquisition in the US for new culinary series Sarah Graham’s Food Safari and shipped recent launch A Cook Abroad to a host of international territories, it announced today, as it prepares to launch more brand new cookery-themed content at MIPCOM 2015.

DCD Rights will debut Sarah Graham’s Food Safari, the brand new 13 x 30’ series from the popular food writer and cook, to the global market in October. Ahead of this, the distributor has already signed a significant pre-sale deal with Cooking Channel, which has picked up the series with plans for a 2016 premiere in the US.

At the same time, A Cook Abroad, the 6 x 60’ series from BBC Productions, which sees our best-loved cooks embarking on a tour of the world’s most inspiring food cultures, is now set to air throughout the Middle East, Asia, Japan and the Indian sub-continent following a pan regional deal with Discovery and in Africa with BBC Worldwide Global Channels. Further acquisitions include Foxtel (Australia), Discovery (New Zealand), France Television (France), TV2 (Denmark) and VRT (Flemish-speaking Belgium).

A Cook Abroad follows ‘Hairy Biker’ Dave Myers, Rick Stein, John Torode, Tony Singh, Monica Galetti and Rachel Khoo as they share their passion for exquisite food and exotic flavours, each travelling to some of the planet’s most fascinating places to track down the origins of the dishes they love and discover how history, geography and culture have shaped what we eat today.

Nicky Davies Williams, CEO at DCD Rights, commented, “Sarah Graham’s accessible and unintimidating approach to cooking has already proved a great success in the international market with Bitten, and we’re delighted to kick sales off for Sarah’s new series, Food Safari, with this early deal in the US. Our growing portfolio of culinary themed programming continues to be in strong demand, as displayed by the popularity of A Cook Abroad, with its globally recognised chefs, exotic locations and fascinating food history. We’re looking forward to showcasing more entertaining and inspiring culinary content at MIPCOM as our catalogue continues to grow.”