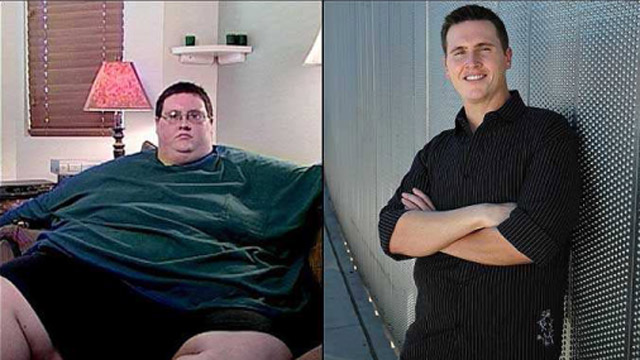 Leading UK distributor continues to broaden its catalogue with a wide array of new programmes from cutting edge factual entertainment to live music from the world’s hottest musicians.

Last Chance To See (6 x 60’), the brand new series with Stephen Fry from DCD-owned West Park Pictures, commissioned by BBC2. Stephen Fry and Mark Carwardine set out on an adventure of a lifetime to track down some of the rarest and strangest animals on earth in memory of their mutual friend, writer Douglas Adams.

In 1990 author Douglas Adams (Hitchhikers’ Guide to the Galaxy) and naturalist Mark Carwardine set off on a series of epic expeditions around the world to find some of the rarest and most endangered animals. Mark provided the knowledge, experience and expertise whilst Douglas (in his own words) provided the ability to point at things in trees and say ‘Gosh, what’s that?’ a lot.

Now, 20 years after that expedition – Stephen Fry and Mark Carwardine will do it again; in part, to celebrate the memory of Douglas himself, but also to see how things have changed. Just how many of these animals still exist? And what of other endangered species? We’ve got smarter in 20 years, but are we any wiser?

Also available from DCD’s West Park Pictures is the beautifully shot Horses (1 x 90’) commissioned by BBC4. Few people are thoroughly unmoved in the presence of horses. The film explore diverse reactions they evoke, horses are fabulous mirrors for the human psyche. What might we see if we watched an array of human life in this mirror – if we saw the world from the perspective of the horse?

45 Stone Virgin (1 x 60’) produced for TLC – 2009’s highest rating documentary for the US network. Thirty-one year old David Smith from Phoenix Arizona used to weigh 45 stone. He was eating himself to death, miserable, friendless and a virgin. Without the use of gastric bypass surgery, David has done the seemingly impossible – He has gone from a morbidly obese loner to a healthy, happy fitness instructor who has lost more that 28 stone in weight. To do this without surgery is almost unheard of. This is a documentary about his life that guarantees true transformation and a strong emotional storyline.

45 Stone Virgin 2 (1 x 60’) follows from the huge success of THE 45 STONE VIRGIN, David’s remarkable story continues. After his extraordinary weight loss, David is finally learning to live his life to the full. Friendships, dating, career prospects, a new look: David approaches everything with fresh enthusiasm and a passion for adventure. We follow David and his mentor Chris as they embark on the next stage of their journey including David’s final skin surgery, more dating and David meets a bully from his past who is stunned by his transformation. We also meet two of their new clients with their own stories about trying to lose weight – as well as catching up with Mindy, who they were helping in the first documentary.

Child Frozen In Time (1 x 60’) produced for TLC in the US, explores the unique case of Brooke Greenberg, who at sixteen resembles a 7 month old infant. She has not grown or aged for eleven years. Brooke’s condition is so rare that doctors simply call it Syndrome X, and believe that if they can find the cause they may discover the secret of ageing. This documentary, sixteen years in the making, through an exclusive family archive, tells the extraordinary story of the child that time forgot. Directed by Jackie Osei-Tutu.

Half Ton Teen (1 x 60’) Produced by Megalomedia for TLC in the US and Channel 4 in the UK, this documentary tells the emotional story of 19-year-old Billy Robbins who at 800lbs is the world’s heaviest teenager. This film investigates the complex and disturbing relationship between Billy and his mother, feeder and victim, and attempts to understand the dangers of a parent’s all-consuming love whilst following Billy as he attempts to lose an incredible amount of weight, regaining his mobility and ultimately his independence.

ted: “Last Chance To See is an amazing journey by two fascinating people, Stephen Fry and Mark Carwardine which possess strong appeal for the international market place, while our Real Life Stories are highly popular tales of endurance and amazing spirit and we never cease to be amazed at the interest they generate worldwide”.

Leading the way for the music titles is Pink:Funhouse (1 x 90’). Pink performs live to a sell out crowd in Sydney as part of her brand new ‘Funhouse’ world tour. Performing all the smash hits from her previous albums along with current big hits from her new album ‘Funhouse’ – like “So What”, “Sober” and “Please Don’t Leave me”. Pink gets the crowd to their feet with a one of a kind spectacular stage show. A phenomenally successful tour so far with 1milion tickets worldwide to date. She broke the record as the biggest ever tour in Australian history! It is the must see show of this year and next!

Accompanying Pink are 4 shows which cover a range of music genres:

Kings Of Leon Live in London (1 x 90’). As part of their recent sell out world tour, Kings of Leon perform hit after hit. With over 5million albums sold in the past 12months, Kings of Leon are the hottest band in the world right now. Caleb’s unique and unmistakable voice brings the 02 Arena alive with their well known back catalogue along with current massive hits like “Sex on Fire” and “Use Somebody” from their new album ‘Only By The Night’.

Take That Live at Wembley Stadium (1 x 60’ / 90’) Take That perform to a sell our crowd at London’s Wembley Stadium. The stage extravaganza sees the four boys reach new heights in entertainment as they wow the crowd with their classic hits from the early days, to their recent albums as a foursome.

The Killers Live at the Royal Albert Hall (1 x 60’ / 90’) Filmed in HD, The Killers perform live to a sell out crowd at London’s iconic Royal Albert Hall during their current world tour. Brandon Flowers and his band mates bring the crowd alive with hit after hit from their three previous albums, along with songs from the new album ‘Day & Age’.

George Michael Live in London (1 x 60’ / 90’) George Michael’s recent world tour was an instant sell out, and here George Michael brings his show to Earls Court in London where he performs his classic hits to a rapturous crowd. From start to finish the hits keep coming and the crowd keeps roaring their approval.

Nicky Davies Williams, CEO, DCD Rights, commented: “Music continues to play a major part in the DCD Rights catalogue and we are delighted to be bringing such fantastic content to the market place. There are few bands hotter than these on the market at the moment, so to be working on them all is a real pleasure”.