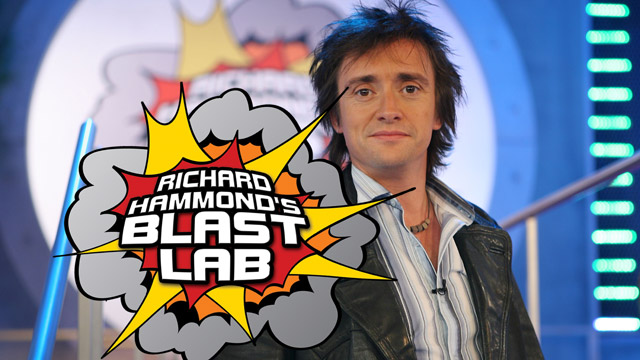 This action-packed show, which is currently screening on BBC1 and CBBC in the UK, is now set for broadcast later this year in Asia and New Zealand through deals with TVB Hong Kong and TVNZ New Zealand and will also be available on DVD in the UK through a deal with Universal. DCD Rights will bring host Richard Hammond (Top Gear, Total Wipeout) to MIPCOM next month, where the show – from September Films in association with Hamster’s Wheel Productions for CBBC – will be presented to the international marketplace.

Nicky Davies Williams, CEO at DCD Rights commented today, “Richard Hammond’s Blast Lab®  is a fantastically fun and entertaining series. Packed with experiments, stunts and facts – it is designed to offer maximum appeal to children throughout the world whilst getting them enthused about the subject of science. We are delighted to secure these initial deals ahead of the market and are confident that we – with Richard’s expert assistance – will be able to welcome new broadcasters into the Blast Lab®  at MIPCOM!”

Filmed in front of a live studio audience, Richard Hammond’s Blast Lab®  is set in the surreal world of Richard’s secret laboratory, found under the watermill of his fictitious country mansion. In each episode, Richard leads two teams of three contestants through four rounds as they compete to win fantastic prizes. Richard is joined by a cast of characters including his ‘Lab Rats’, his loyal lab assistants; ‘Mini Miss’, his time warped science teacher and ‘Ninja Nan’, the formidable pensioner with a black belt in martial arts.

Contestants must answer science questions and perform experiments using ordinary household objects in games such as Vitamin C Rocket, Vacuum Cleaner Bazooka and Anti Gravity Grip and must also predict the outcome of jaw-dropping ‘YouTube’ style stunt moments – elaborate experiments with high production values that are shot on location. In the final round the teams battle to win prizes in a furiously wet and messy head-to-head game. The winning team walks away with an array of cool prizes, but the losing team must blow theirs up in an exploding bidet!

A total of 52 x 28’ episodes will be available at MIPCOM (Stand RSV.30), along with a 20 x 5’ spin off stand-alone series, featuring the twenty most spectacular stunts from the series.