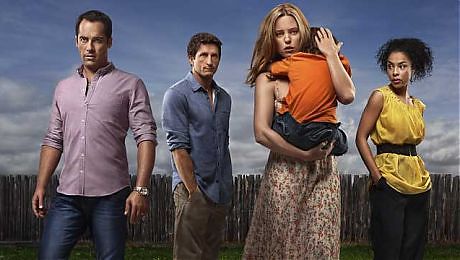 International distributor DCD Rights is pleased to announce that it has sold rights for hit Australian 8-part drama The Slap in America to DIRECTV’s Audience Network and in Canada to TVO.

The series, produced in Melbourne for ABC Television by Australian production company Matchbox Pictures, was launched last month on ABC1 in Australia, followed by BBC Four in the UK, and has proved a hit in both territories achieving top audience ratings and critical acclaim.

The series has been hailed by the Australian press as one of the bravest, most compelling and finest dramas of the year, and has gathered equally rave reviews in the UK press – The Slap is ‘honest and different and horribly compelling’ according to The Times, ‘impressive and involving’ according the Daily Mail; ‘It could go on forever and is so brilliantly produced that you will hope it does’ says Clive James in’ The Daily Telegraph.

The Slap generated a strong buzz at the MIPCOM market last month following its acquisition by the BBC for the UK. DCD Rights have also sold rights to the series to Sundance for Spain, Portugal, Far East, Eastern Europe, Greece and Turkey, and has sold the UK DVD Rights to Revolver Entertainment. Further international deals will be announced soon.

Nicky Davies Williams, CEO DCD Rights, commented: “The Slap is proving an absolute winner in both the UK and Australia and we are absolutely delighted with the huge interest the series continues to generate worldwide. DCD Rights has always focused on top quality compelling and thought-provoking drama programming and The Slap is a fine example of that”.

Helen Bowden, Producer, Matchbox Pictures, said: “The sale of The Slap to DIRECTV and TVO ensures that North American audiences will have an opportunity to view the series which has so far generated such a buzz and debate among Australian and UK audiences. We are thrilled with the continuing success of the series both in Australia and its sales to overseas territories”.

The Slap is based on the award winning novel by Christos Tsiolkas and traces the shattering repercussions of a single event on a group of family and friends as a man slaps a child who is not his son at an Australian backyard barbeque. The cast included Golden Globe Award nominee Melissa George, Academy Award Nominee Sophie Okonedo, Tony Award nominee Essie Davis, Jonathan LaPaglia, AFI Nominees Alex Dimitriades, Sophie Lowe, and two-time AFI Award-winning actor Anthony Hayes.