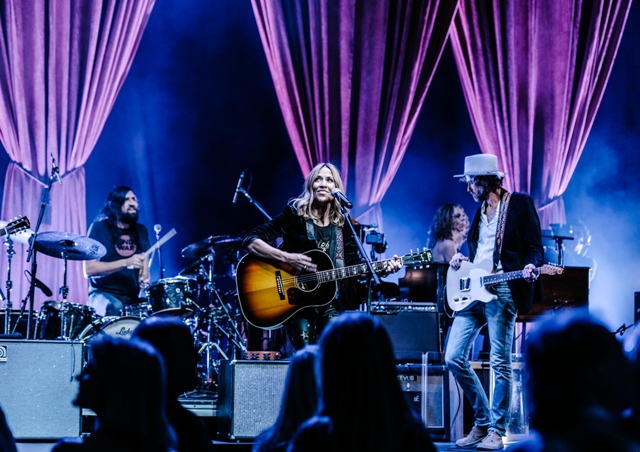 Leading UK-based distributor DCD Rights has signed a host of sales in Asia, Latin America and Europe for its new slate of premium music programming, it announced today.

The new second season of the popular series The Great Songwriters (6 x 60’), which offers original portraits of legendary songwriters discussing their creative processes and inspirations, has been secured by Sky Network TV in New Zealand and Music Air in Japan. Produced by JolyGoodTV for Channel 4, each episode of The Great Songwriters features four exclusive performances with compelling, intimate interviews. Featured artists for season two include Noel Gallagher, Seal, Kelly Jones and The Flaming Lips (season one artists include: Barry Gibb, Carly Simon, Norah Jones, Ryan Adams and Bill Withers).

In Europe, Sheryl Crow: Live At Capitol Theatre (4K, 94’), in which the revered singer-songwriter performs the final night of her “Be Myself” tour, heads to ZDF/3Sat for Germany and German-speaking Europe, Virgin Media for UK and TV2 for Denmark. The Guns N’ Roses and Culture Club specials are also included in the ZDF deal, and the Jane’s Addiction special features in the Virgin Media deal. Finally an acquisition from TVP sees the Jane’s Addiction and Smashing Pumpkins specials heading to audiences in Poland.

These new deals are announced as DCD Rights prepares to debut the brand new fourth season of acclaimed music series Berlin Live, produced for BMG for Arte. Ten new one-hour episodes will showcase a plethora of some of the world’s most talented musicians, as they perform in front of an intimate audience at an exotic club in Berlin. Featuring concerts from contemporary to classic, each show offers a diverse mix of music to audiences all over the world. Acts confirmed so far for the fourth season include Clare Bowen, Fritz Kalkbrenner, Hollywood Undead, Morcheeba, Simple Minds and The Living End.

James Anderson, Senior Sales Executive and Music Acquisitions at DCD Rights, said, “Music programming continues to be an evergreen genre in the global marketplace and is even more in demand as digital platforms begin to ramp up their non-scripted offerings. I’m pleased to say our long-standing relationships within the industry give us an unrivalled music portfolio in terms of both quality and diversity, and I’m delighted to see these brand new titles heading to broadcasters and platforms around the world.”