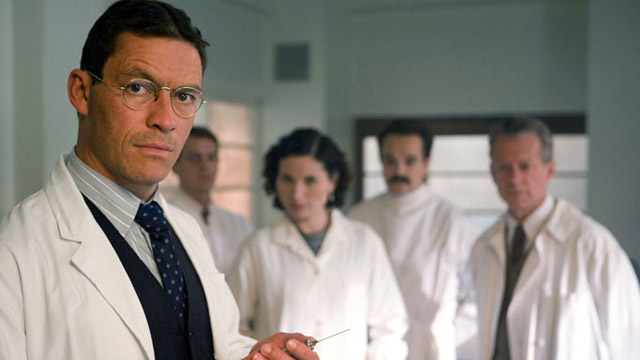 Leading UK distributor DCD Rights will launch three new dramas at Mipcom that have been acquired following their recent announcement to invest in programming. The investment stretches to the other side of the world, to Australia, with the sensational and moving true story about the murder of Caroline Byrne. From the UK are the ratings winner Land Girls and the enthralling Breaking The Mould.

From Australia is Network Ten’s gripping drama Model Daughter (1 x 90’). This drama tells the true story of the beautiful 24 year old model Caroline Byrne who was pushed to her death off The Gap by her boyfriend Gordon Wood. This gripping story tells of the events that led to her death and the story of a father’s quest to find the truth. David Lyons stars in this 90’ feature produced by Screentime PTY Australia. Lyons rose to prominence recently starring as Dr. Simon Brenner in the multi-award winning series “ER”.

Land Girls (5 x 45’), filmed in High Definition and produced by the BBC for broadcast on BBC1, follows the lives, loves, highs and lows of four ‘Land Girls’ set during WWII. This series follows level-headed Annie, her fun-loving sister Bea, clumsy Joyce, and aloof Nancy as they leave their homes and families for the first time to join the Women’s Land Army working the fields for the war effort, growing up and forging friendships that will last them a lifetime. Starring Nathaniel Parker (The Inspector Lynley Mysteries) and Sophie Ward (Holby City, Heartbeat) alongside Christine Bottomley, Becci Gemmell, Summer Strallen and Jo Woodcock, this uplifting drama drew a slot winning peak audience of 2.6 million viewers during its BBC One run with its repeat Sunday evening slot drawing in an average of 2.5 million viewers.

Also from the BBC is Breaking The Mould (1 x 90’), produced by the BBC and broadcast on BBC Four in the UK, tells the gripping story of invention, ingenuity and tragedy. This poignant film stars Dominic West, who has received critical acclaim as Officer James McNulty in HBO’s award winning series “The Wire, as the groundbreaking scientist Doctor Florey in this dramatic period piece set against the backdrop of war with themes of love, discovery and ultimately triumph.

Nicky Davies Williams, CEO commented: “This is an exciting time for us and we are delighted to be launching three such high profile dramas. Traditionally we have looked inwards to find Drama programmes but since MipTV we have wanted to broaden our commitment to the genre and are pleased to have two strong BBC dramas along with our first Australian collaboration with Screentime PTY. We hope these dramas are the first of many and look forward to showcasing them at Mipcom”.