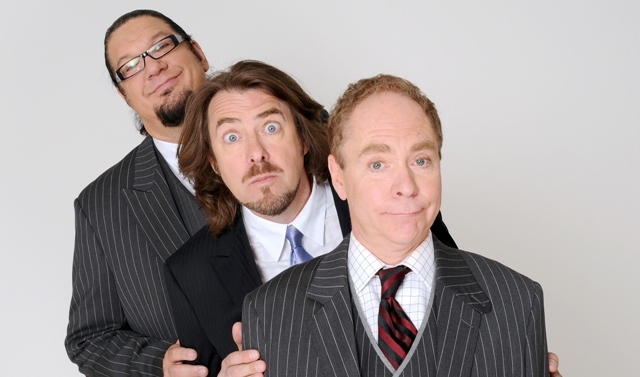 Independent UK based distributor DCD Rights is set to launch the brand new highly-anticipated US version of Penn & Teller: Fool Us at MIPTV 2015, it announced today, with presale to NBCUniversal International Television for Universal Channel in Asia.

The new 13 x 60’ series of the peak time entertainment extravaganza presents another original and daring TV magic show starring the world famous magic double act Penn & Teller. Commissioned by The CW and produced by 117 Productions and September Films, Penn & Teller: Fool Us is hosted by Jonathan Ross and will be filmed at the Penn & Teller Theater at the Rio Hotel in Las Vegas. DCD Rights will showcase presale rights to the new series at MIPTV, with delivery in July 2015.

The CW’s commission follows its successful air in 2014 of the first season of Penn & Teller: Fool Us, produced for ITV1. The series held its first night’s audience ratings consistently across all nine episodes, contributing to The CW’s “highest rated Wednesday in three months” per Variety. This series has also aired in Australia (ABC1), New Zealand (ChoiceTV) and throughout Scandinavia, Africa and Latin America in a deal with BBC Entertainment.

Nicky Davies Williams, CEO at DCD Rights, commented, “We’re looking forward to launching the brand new Penn & Teller: Fool Us at MIPTV, this US-produced series is an important asset in our content portfolio and we’re confident it will prove very successful worldwide. Magic programming has experienced a great surge in popularity over recent years and this new series, offering a thrilling combination of magic, comedy and competition, will offer hugely entertaining primetime content for a global audience.”

The spectacular Penn & Teller: Fool Us throws down the gauntlet to every magician in the US and from around the world to perform their most mystifying tricks to fool Penn & Teller. Each episode features four magicians ranging from the most skilful to the most hilarious who will test the magical insight of the world famous duo – can they work out how the trick was performed?